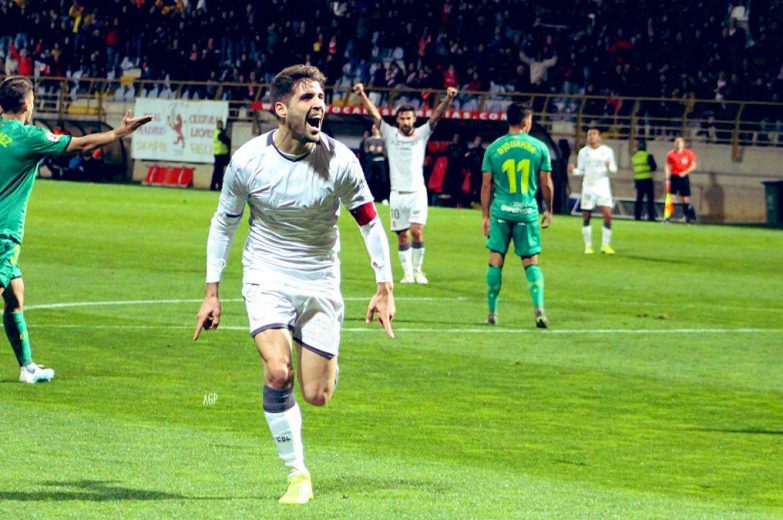 FC Goa have completed the signing of Spaniard Ivan Gonzalez on a permanent deal after the defender ended his contract with Cultural Leonesa.

The defender – who has signed an initial two-year contract – becomes the Gaurs’ fifth acquisition this off-season, following the arrivals of Redeem Tlang, Makan Winkle Chothe, Igor Angulo, and Jorge Ortiz.

Gonzalez, upon completion of his move, stated, “I’m really happy to be here. It’s a great opportunity. The project was really appealing. And in the space of a few years, the club has become a big name in India, and it is a brilliant chance for me to progress with my career.

“I have more to offer than just being a defender. I, of course, defend, but I like to play with the ball and build up the game from the back, and I think that is something I’m good at. I have worked previously with Juan Ferrando and I had a word with him as well. And I would say that the club and the coach’s vision completely align with mine and that really was a big pull.

“We finished at the top of the table last season, something we would love to repeat. There is a Champions League campaign also at hand. I’m looking forward to everything that’s coming. At the moment, I just want to get started.”

Ravi Puskur, Director of Football at FC Goa also stated, “We’re pleased to bring Ivan on board for the next two seasons for what will be the beginning of a new project under Juan. His game is ideally suited to our style of football and we’re sure he will integrate into the team very quickly. Ivan was someone we highlighted very early in the offseason as a potential signing and we’re glad we’ve managed to secure his signature.

“He was a consistent and effective player for Cultural Leonesa for the best part of 5 years and played over 150 games during this period and we’re hopeful that he’ll bring similar levels of consistency to Goa.”

Gonzalez came through the ranks at Real Madrid, joining the Spanish giants in 2002 from local club AD Parla at the age of 12. In the years to come, he would feature for the Real Madrid U19 team before earning a promotion to Real Madrid C. The 30-year-old was the captain of Cultural Leonesa last season, a club with which he had spent the last four seasons. In total, Gonzalez was with Leonesa for 5 seasons in 2 different spells.

Arriving at the club as an established right-back, Gonzalez moved to center back in recent years and became a figurehead in the team. With him leading the backline, the Spanish club finished second in Segunda B, Group II last season. During this span, he appeared for Cultural Leonesa on more than 150 occasions.

Over the years, he has also represented Racing Ferrol, UB Conquense and Deportivo B as well.