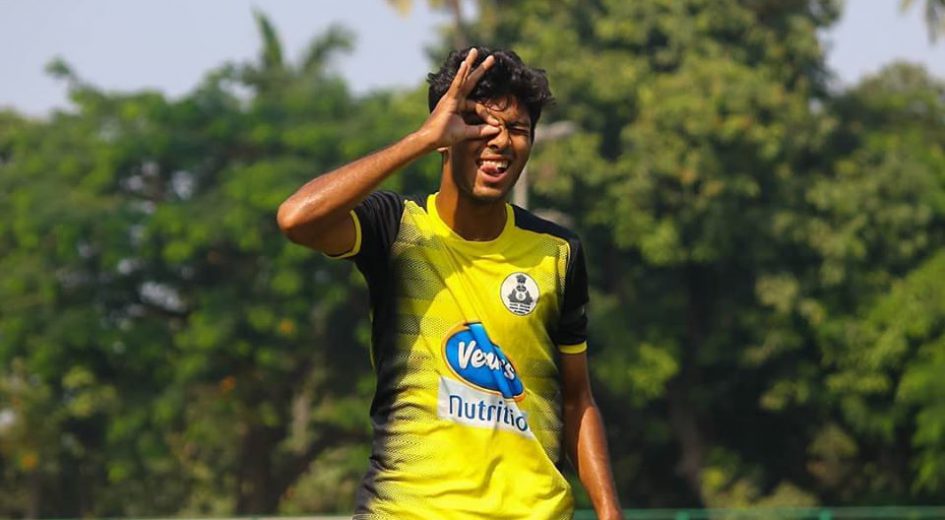 In the Elite Division encounter played between Mumbai Customs and Western Railway at Cooperage stadium, the defending champions produced a clinical display of football to pick all three points.

Captain Praneel Mendon led from the front with stellar performance scoring a goal and assisting another in Mumbai Customs 4-1 win over Western Railway in Elite Division game. Dhawal Waghela was the man in form for Mumbai Customs scoring a brace in the 4-1 win.

Customs started the proceeding with good movements early on with Praneel’s long range attempt bring out a good save from the goalkeeper. In the 18th minute, Customs took the lead when a ball from right wing found Praneel in the middle who flicked it over the defence for Dhawal to head it home.

At the other end, Western Railway responded with Mervin’s goal bound shot however, an alert Customs keeper Liyaz Koya pulled out a good save to deny them the goal. Around the 24th minute, Customs doubled the lead when a cross from left flank was headed past the keeper by skipper Praneel.

After restart, Western Railway started out brightly with some attacking forays and were immediately rewarded when a long range attempt by PT Somi beat the keeper to find the net. At 2-1, Western Railway seemed to have a chance to get back into the game however a third goal moments after the hour mark saw Marc’s attempt hit the underside of the bar before going in to make it 3-0.

At the other end, Merwyn had a chance to reduce the deficit once again after managing to beat the keeper but his final shot was blocked by Customs defender to keep the two goal lead intact. With 10 minutes to go, Dhawal Waghela found himself in an 1-on-1 situation and made no mistake in slotting the ball past the keeper to make it 4-1 and put the game out of reach of railways.

In Super Division, Reserve Bank outfit produced a late charge and struck twice in the last 25 minutes to break the resistance from Desperadoes SC and marched to a 2-0 win. RBI after many missed chances finally found the mark when Dikshant scored from Rolfred Coutinho’s measured pass in the 65th minute and later Duarte D’Souza latched on to Sachin Narsappa’s assist to fire home the second in the 83rd minute. Earlier, JMJ Sports Club trailed 0-1 but fought back to overcome Bombay YMCA by a narrow 2-1 margin.

Meanwhile in second division, Aamir Khan struck a sublime hat-trick before the stoppage time winner from Viresh Walke gave Samuel Academy enthralling 4-3 win. Suraj Bayad struck twice to bring Revolution SC back into the game after being two goals down within the first 20 minutes. However Aamir’s third and once again put Samuel in front before Suraj once again came to the rescue completing his hat-trick with just a minute away from Full time.

However, just when it seemed that the game is headed for a draw, Viresh popped up with an injury time goal to lead Samuel FA into the victory. In the other game, Britacel Silicones rode on Leron Azavedo 25th minute strike to down Air India