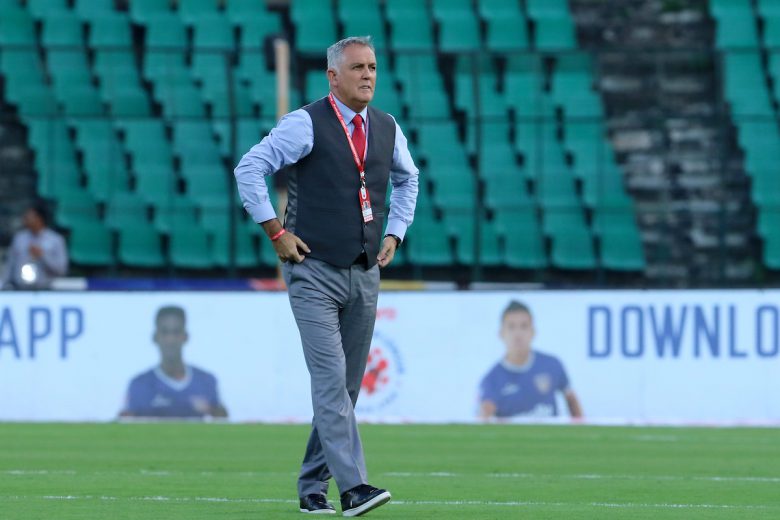 ATK will look to extend their winning streak and reclaim pole position when they host Chennaiyin FC in a Hero Indian Super League clash at the Vivekananda Yuba Bharati Krirangan here on Sunday.

It promises to be an enthralling affair as both teams will be fighting for three points, although for different reasons. Having already qualified, ATK have their eyes on the AFC Champions League spot while Chennaiyin’s eyes will be trained on a berth in the play-offs. They are currently sixth on the table with 22 points but a win will help them leapfrog Odisha FC in fifth spot.

If ATK defeat Chennaiyin, it will be their fifth win on the trot. All eyes will be on Roy Krishna who has been in stellar form for the two-time champions. The Fijian is joint top of the scoring charts with 13 goals to his name and a hat-trick against Odisha FC in the previous match has only bolstered his confidence. Chennaiyin’s defensive pairing of Eli Sabia and Lucian Goian will have their hands full in containing the marksman.

David Williams has regained full match fitness and his partnership with Krishna will be key. They feed off each other’s energy and their understanding and combination in the attacking third is a headache for any defence. To support them, Prabir Das and Michael Soosairaj will be operating in the wide areas and will try to stretch the pitch as wide as possible.

“We are in a good moment and the performance is positive for us but we have to continue playing. Now our opponents are Chennaiyin and we need to play to win. This will be a good game because both teams play good football. The target is the same as for every game – win the next game,” said ATK coach Antonio Habas.

Chennaiyin’s answer to Krishna will be their Lithuanian striker Nerijus Valskis who is hot on the heels of Krishna with 12 goals. The resurgence of the visitors under Owen Coyle has been largely due to Valskis’ heroics in front of goal. Not only has he been finding the net regularly, but with five assists, he has also played the role of a provider to perfection. In the absence of Augustine Iniguez, ATK’s backline must remain on their toes to keep a check on the prolific striker.

“ATK are trying to get the three points to finish on top of the table and we are trying for the three points to get closer to the top-four. They are a good team and I’m sure they know that we are a good team with good players. We have shown that when we are at our very best, we can cause problems for any defence and that’s what we will look to do. We respect ATK but we don’t fear coming here. We have to be at our best to win the game,” said Chennaiyin coach Owen Coyle.

They will be boosted by Anirudh Thapa’s return from suspension while Germanpreet Singh is also available for selection after a lengthy layoff. They will, however, miss the services of Thoi Singh after the winger received marching orders against Bengaluru FC.

With fate still in their own hands and coming into the match at the back of five unbeaten games, there is little doubt that Chennaiyin will give their all to spoil ATK’s party at home.