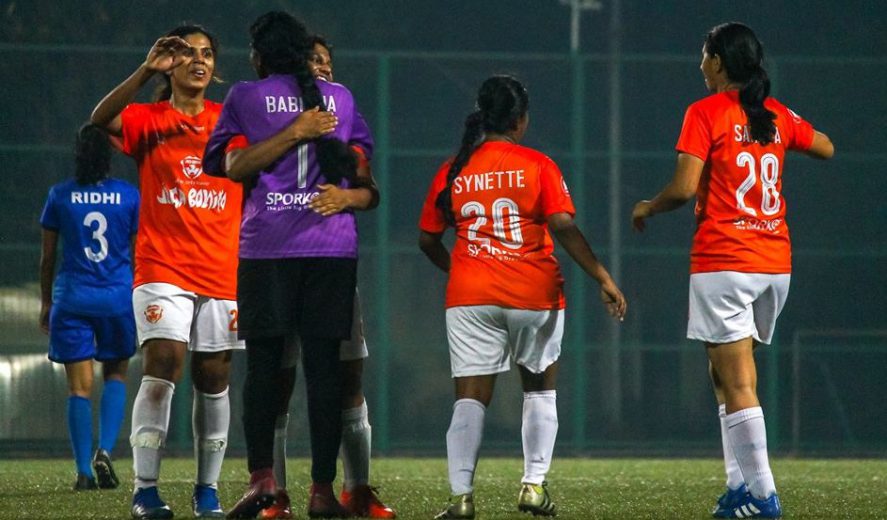 In a mid-table battle, Community Football Club of India whipped a brace past Football School of India to bag 3 points. On the other hand, the formidable Kenkre FC outclassed bottom-placed Samuel Football Academy by thumping 7 goals.

On the second game of the day, the robust Kenkre FC played out yet another dominant performance. Their consistent striker Jyoti starred with another hat-trick. Kenkre’s intent was quite clear from the initial minutes. Soumya Guguloth netted the first goal at the 3rd minute. Following her, Jyoti scored a hat-trick. She tricked the keeper consecutively at the 13th, 20th and 36th minute. Grace scored the 5th goal at the 42nd minute to give Kenkre a monumental lead ahead of the second half. Nothing changed in the second half except Kenkre maintaining the lead and scoring two more. Both Soumya and Grace scored completed their brace at the 50th and the 85th minute to gift their team a massive win.

With the current standings, Kenkre is through to the Indian Women’s League, which is the topmost professional league for women in India. They are placed at the 1st position with 12 points after 4 games. However, Community Football Club of India’s qualification hopes seems feeble as they have 6 points after 4 games.