We will play to win against Oman: Gurpreet Singh Sandhu 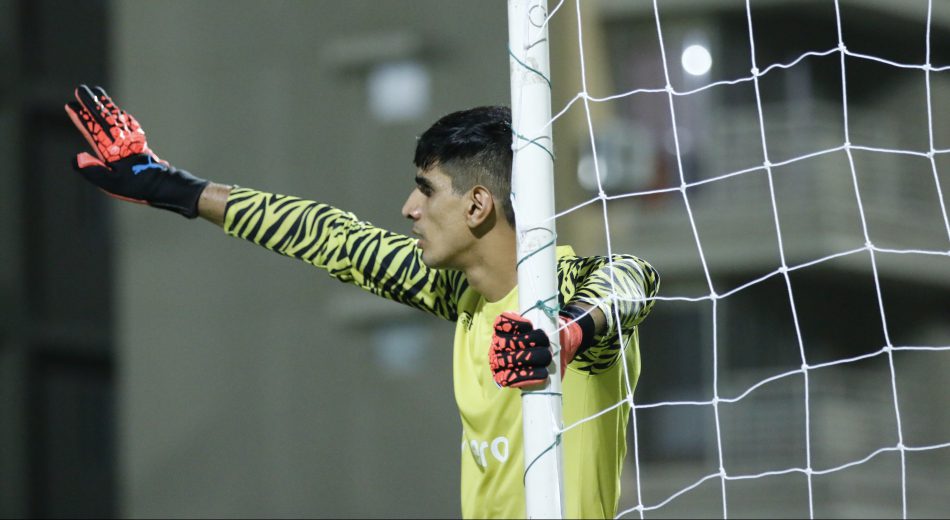 A day ahead of the crucial match, goalkeeper Gurpreet Singh Sandhu stressed the team will play to win and aim to start the qualifying campaign with three points.

India is all set to take on Oman on Wednesday in Guwahati for their first encounter of the qualifying campaign for the FIFA World Cup Qatar 2022, and AFC Asian Cup China 2023. “We will play to win,” the Arjuna Awardee stated. “We will play to our strengths, and look to keep the opposition at bay. Hopefully, we can get off to a good start and pick up the maximum points to start off the qualifiers.”

“We have to play together as a team, and without fear. Getting off to a good start will be really important,” he added. The last time the two teams faced off was in a friendly game in December 2018 where the match ended in a goalless draw in Abu Dhabi. Taking a trip down memory lane to that match, Gurpreet admitted the team drew a lot of positives from the result, but at the same time, it is vital to “focus on the job ahead.”

“Of course, it is good to keep in mind what happened when we last faced Oman. However, it is also important to focus on the job ahead of us. We need to make sure we put on a good show in front of our home crowd in Guwahati,” he said.

The Blue Tigers proceed to the match on back of a preparatory camp in Goa which kicked-off on August 20. The team has also played 5 International matches as build-up to the tournament since Head Coach Igor Stimac took over. “A lot has changed, we have a new squad, new set of players and a different coach. On the pitch, we are trying to implement the style of play asked by the coach and put our best foot forward. Off the pitch, it has been pretty much the same, which is a good thing as you want to continue the good things that have been happening off the field.”

The goalkeeper also shared his thoughts on the opposition side and reserved a special word for his “friend” and veteran Oman goalkeeper Ali Al-Habsi, who played against India in both fixtures of the FIFA World Cup Russia 2018 qualifiers.

“Oman are a good team and have very talented players. The whole team is looking forward to playing against them. Personally, I would miss Ali al Habsi. Our friendhip goes back a long way, and watching him play was always a good sight,” Gurpreet mentioned.

The match between India and Oman match will be broadcast live on Star Sports 3, Star Sports 1 Bangla and Asianet Plus. Online, it will be streamed on Hotstar and Jio TV. Tickets for the match at the Indira Gandhi Athletic Stadium in Guwahati can be purchased at https://bit.ly/2U8CXVA.

India play Qatar in their second match in Group E on September 10, 2019. Afghanistan and Bangladesh are the other two teams in the group.