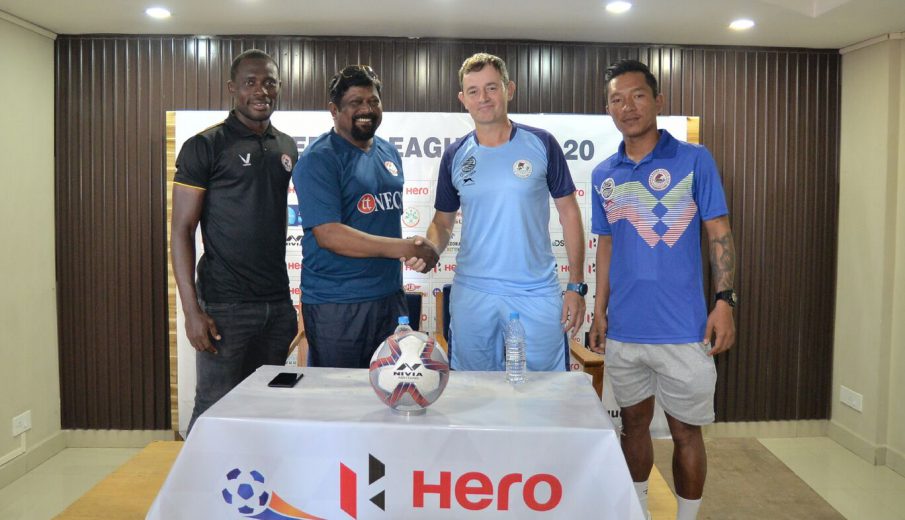 Two former champions, hosts Aizawl FC and one-half of the Kolkata giants, Mohun Bagan, are all set to kick-off the 13th Hero I-League edition at the Rajiv Gandhi stadium in Aizawl on Saturday, November 30, 2019.

Aizawl FC, champions of the 10th edition will see their Kolkata visitors playing under a new coach and a new-look squad from the one which finished fifth last time around.

The green and maroons have roped in Spaniard Kibu Vicuna this season along with a fleet of Spaniards in a clear departure from established norms. The side under Vicuna has been together for about five months now and have played at least three competitive tournaments going into Saturday’s opener and should be suitably warmed up to deliver the goods to their legion of fans.

Speaking at the pre-match press conference, Head of Mohun Bagan, Jose Antonio Vicuna said, “We are working together almost five months. We have prepared the team to be 100% ready to play first game. We respect Aizawl because we know they are a good team and it’s going to be a tough match but we want to start well the competition and come back to Kolkata with three points.”

The hosts, on the other hand, having finished a disappointing seventh in the previous edition, had appointed a new coach towards the end of that season and will be continuing with Stanley Rosario at the helm of affairs.

The Aizawl gaffer is wary of the threat their opponents possess and said, “This match against Mohun Bagan means a lot to my young Mizoram players and it’s going to be a tough task at hand. Mohun Bagan have full strength with 6 foreign players and we have only 2 foreigners with lots of young players promoted from our academy. It’s going to be a big challenge for me and my young players to play against strong Mohun Bagan.”

On the importance of starting with a win, he further added, “I want my players to believe in themselves and go with a positive mindset and try hard on the field to get something out of it because everything is possible in football. A good and positive start in the I League will give confidence to my players and will help them to move forward and to approach other matches to be played.”

As far as teams go, Aizawl have managed to retain the nucleus of the side which turned up for them in the 12th edition and have also made some new and potentially young exciting signings.

The likes of Liberian defensive wall Alfred Jaryan and his partner Richard Kasagga of Uganda are still around and so are midfielders like David, Isac, Lalremsanga, Rocharzela and they even have William Lalnunfella back from a brief flirtation with Bagan. Ayush Dev Chetri and Techi Tatra are two young forwards who would be looking to make a mark if played.

For the visitors, they have a familiar Debjit back in goal, while Kim Kima and Arijit Bagui are a couple of familiar names which are likely to be seen in their defence line again. However, they also have new foreign faces at the back in Trinidadian Daniel Cyrus and Spaniard Francisco Munoz. Fran Morante and Joseba Beitia are another couple of Spanish footballers who will be seen leading the Mohun Bagan attacks this season.

The likes of Sk. Faiz, Nongdamba Naorem and P.M. Britto will also add a lot of local attacking flair and pace down the wings. As far as head to heads go, Aizawl have not beaten Bagan in the last edition where they lost their home game to their opponents and will, therefore, be wary.

The game begins at 2 PM and will be broadcast LIVE on Dsport.