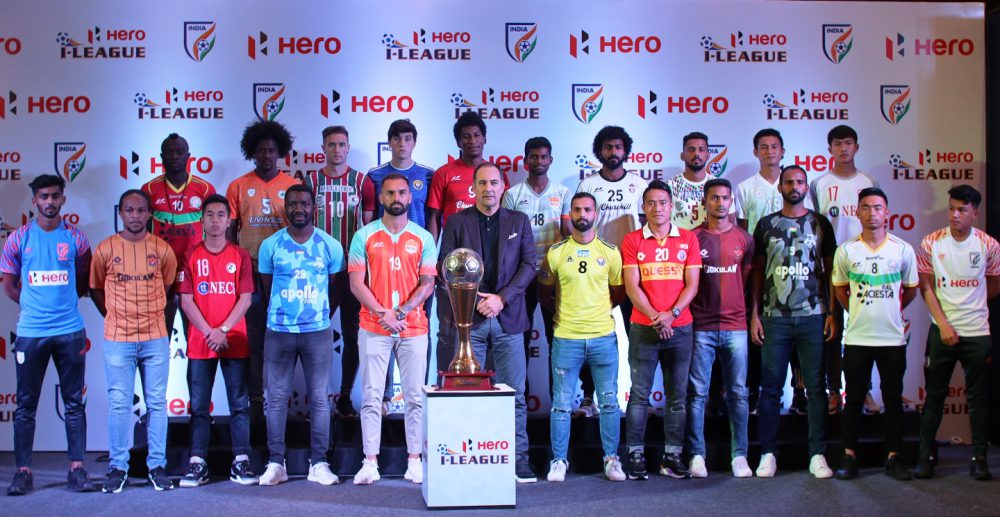 A brand new 13th edition of Hero I-League kicks-off this Saturday, 30th November, 2019, with a double-header featuring a clash between former champions Mohun Bagan and Aizawl FC to start the ball rolling, followed by Gokulam Kerala FC taking on Neroca FC in the same evening at home.

A total of 110 games are on schedule to be played across five months and 17 weeks. The Hero I-League, this season, will feature 11 teams representing eight states and one union territory of India, vying for the coveted trophy and a chance to represent the country in the AFC Cup.

Speaking ahead of the opening match-day, Sunando Dhar, CEO, I-League said: “What makes the Hero I-League special I believe is its competitiveness and unpredictability. You cannot earmark a team and be absolutely sure that they are going to win. That unpredictability is rare in football these days, which makes me proud of our league. It’s almost time and I could not be more excited. I would like to thank the AIFF leadership, our sponsors Hero, our marketing partners FSDL as well as our production and broadcast partners Instat and Dsport for making the 13th edition better than ever before. I wish all the clubs all the very best and may the best club win.”

The Hero I-League has had a total of eight winners since its inception back in the 2007-8 season. Five different clubs have won it in the past five years, making for memorable fairytales. Dempo Sports Club of Goa have the maximum three titles followed by Churchill Brothers and Bengaluru FC with two each. Churchill are among five clubs in the present edition who have won the Hero I-League.

In a year of many firsts, the 13th Hero I-League will feature two, instead of one high voltage local derby. Besides the Kolkata derby featuring a clash between the legendary Mohun Bagan and Quess East Bengal, the Imphal derby will also be played out for the very first time on the national stage, when newly-promoted TRAU FC takes on Neroca FC at Manipur’s capital Imphal.

This year will also see new production and live broadcast partners for the Hero I-League with Instat being responsible for production and premium sports channel Dsport, broadcasting the league live.

Also to the fore will be many young and exciting players particularly in the forward line that would be looking to make their mark in this edition of the Hero I-League and catch the eye of the national coach Igor Stimac amongst the likes of Vikram Pratap Singh, Nongdamba Naorem, Abhijit Sarkar, Vinil Poojary and Techi Tatra.

The 13th edition of the Hero I-League will also feature around 45 foreign nationals from such strong footballing nations such as Brazil, Spain, England, Japan, Nigeria, Scotland, Cameroon, Gambia, Uganda, Liberia, Trinidad, Senegal, Ivory Coast, Togo, Mali and others for a total of close to 21 countries, besides India.