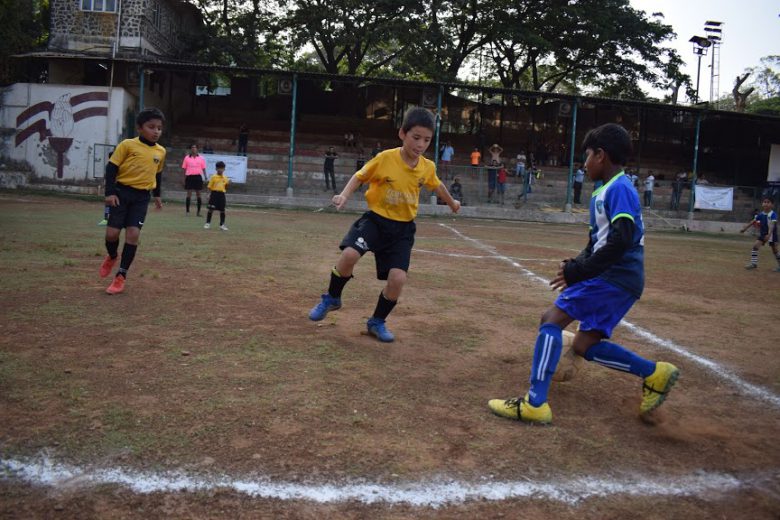 20 Trophies to be lifted by 20 teams, fierce competition to claim the biggest trophy, parents and coaches in full attendance and charged up mood to cheer up the players, the finals and the award ceremony of “The Sunday League Season -3” happened in a day and night format on 28th April 2019 at Holy Family High School Football Ground, Andheri West, Mumbai.

The evening unfolded with semi-final and finals for the tournament. Another star attraction of the evening was a football festival organized for Under 6 players. Hordes of Young Footballers took baby steps, set to transform into confident strides later, to become “Future Champs”. Medals and chocolates were given to kids.

Mr. Banerjee and Father Lawrence in their address to young players emphasized on the need for grassroots platforms like The Sunday League to nurture and recognize talent.

Three teams – Football World, Talent United Football Academy and St. Pauls School, were awarded Fair Play Trophies. The league had winners in five categories. Following were the teams that were declared the Champions and RunnerUp in each age category.

Young Footballers, who organizes “The Sunday League” under the aegis of Mumbai District football Association, are trying to provide a long duration and full season engagement platform for young players to compete and improve their game. The league has been conceptualized with a long term vision to create more value and opportunities for the grassroots football ecosystem.

Young Footballers can be reached at organizers@youngfootballers.in