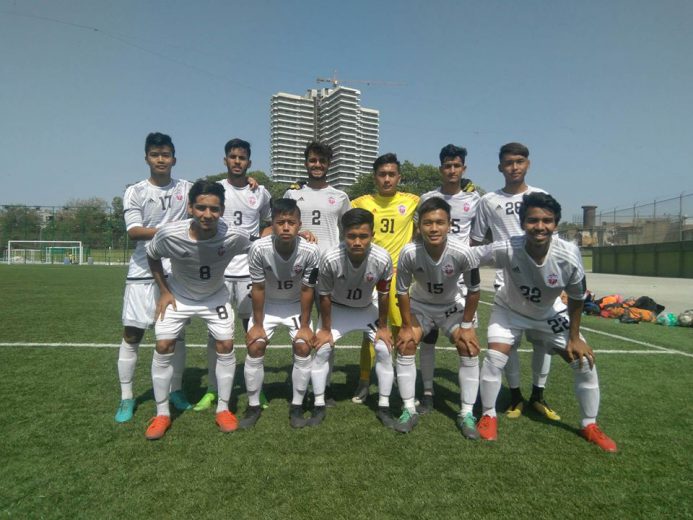 Mumbai, March 11, 2019: In what was a performance of the highest caliber FC Pune City smashed in six goals past ICL Payyade in the second game of the MDFA Super Division playoffs at the Neville D’Souza Ground on Monday.

Bawirousang Hrangmingtam and Laldawlkima Lalngaihawma grabbed a brace each as Pune City unleashed a goal blitz and played Payyade out of the park. Such was their dominance that Payyade was lucky only to lose 6-1!

It all began when Hrangmintham headed home from a free kick in the 13th minute to open the floodgates. Tihe rest of the game was all Pune City as they controlled possession and didn’t allow Payyade to settle into the game. Pune City bagged three more goals as Lalngaihawma scored in the 32nd and 41st minutes respectively with Akhil Rawat’s 36th minute goal sandwiched in between.

Lalngaihawma was in sublime form as he breached Payyade’s defence on a regular basis. The 4-0 scoreline at the end of the first half reflected Pune City’s dominance as they virtually ran riot! Asadul Khan — one half of Payyade’s fab four — did reduce the deficit in the 51st minute but by then it was too little too late.

Hrangmingtam and C. Johnson Singh hit home in the 74th and 80th minutes respectively to round off what was an impressive win for Pune City. The fact that it came against a team which looked unstoppable in the earlier league phase make it even more impressive!

It was simply a super six performance by Pune City’s youngsters as they played a team renowned for their technical prowess and attacking ability out of the park. A quick glimpse at Payyade’s form book in the league phase and you’d know as to how important this win is for Pune City. Apart from Khan’s goal they virtually had nothing to take in terms of positives.

Pune City has fired a warning shot to their future opponents with this demolition act and it would be interesting to see as to whether they can keep up the winning momentum for the remaining games of the playoffs.

Also Read: Juhu set the tone for playoffs as they canter past Iron Born