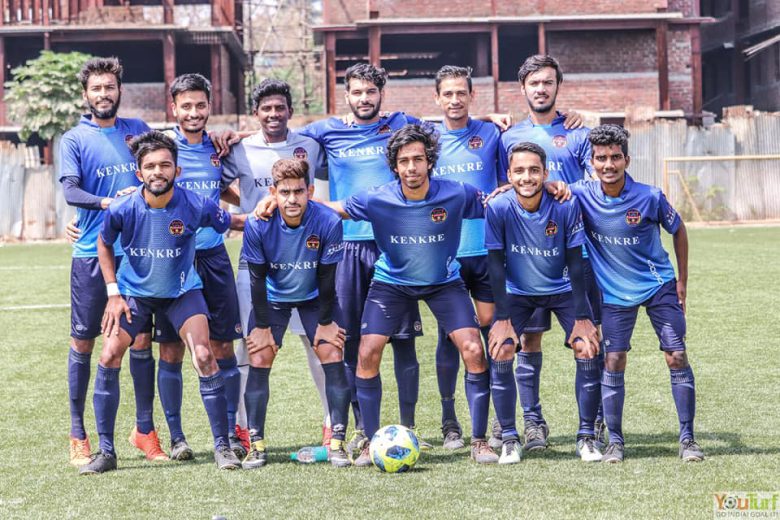 Mumbai, March 8, 2019: It was a performance of the highest caliber as Kenkre FC rode on Jay Bhavnani’s hat trick to register a smashing 7-1 win against PIFA at the Neville D’Souza Ground on Friday.

Though Kaiwalya Tare opened the scoring for PIFA it soon faded into oblivion in wake of the goal rush that was to follow from Kenkre.

Siddharth Colaco’s goal in the 15th minute triggered off PIFA’s collapse as Rohan Shukla and Shaun Fernandes hit home in the 39th and 45th minutes respectively and ensured that Kenkre went 3-1 up at the break.

Next up was the Bhavnani show as he slammed in goals in the 58th, 64th and 74th minutes respectively to cap off a wonderful solo effort.

Not to forget Lester Fernandez’s 73rd minute strike which was sandwiched in between!

PIFA had clearly run out of gas (and ideas!) and was clueless throughout the second half.

They looked like a team shorn of ideas and couldn’t finish off the half decent efforts presented to them in front of goal.

It was that lack of killer instinct which proved to be their undoing in the end. They couldn’t be blamed for wishing for a brilliant effort like Bhavnani’s which could have at least reduced the margin of defeat!

They tried to function as a well drilled unit but all of it was laid to waste thanks to pure individual brilliance from Bhavani.

His hat trick was undoubtedly the highlight in a game which entertained all and sundry from start to finish.