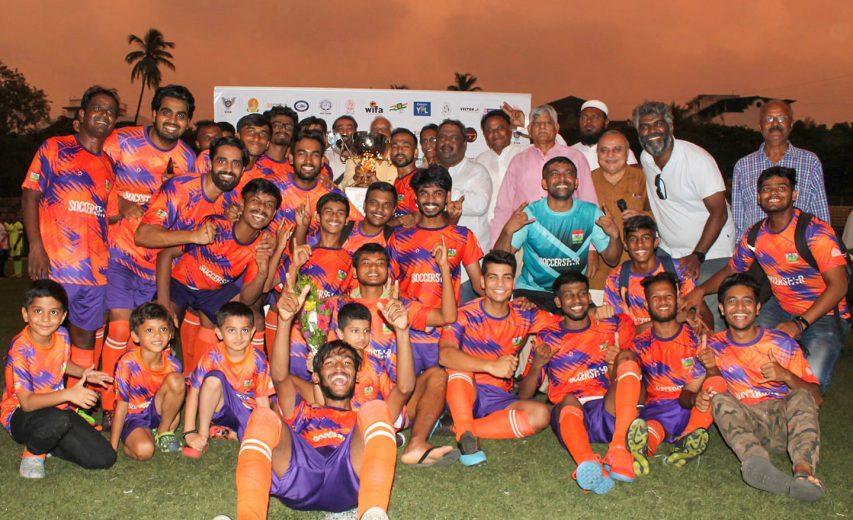 Mumbai-October 5: On Sunday evening, in an entertaining title deciding clash, Rudra FA faced Off against United Villagers Wel. A. in the final of MDFA first division 2019-20 season, played at Cooperage ground, Churchgate.

The match started on a quick pace with both teams looking for an early goal. Around the half hour mark, Rudra FA were awarded a penalty after a foul from United defence inside the box. Winger Siddharth Kamble made no mistake in dispatching the ball past the goalkeeper and into the net. Both teams entered the break with Rudra FA having a goal advantage.

In the second half, United Villagers started off brightly in search of an equaliser. They began creating chances however a combination of their profligate strike force and a strong defensive performance from Rudra FA was enough to deny them any goals.

The game ended at 1-0 score line as Rudra FA went on to be crowned champions of the MDFA 1st Division.