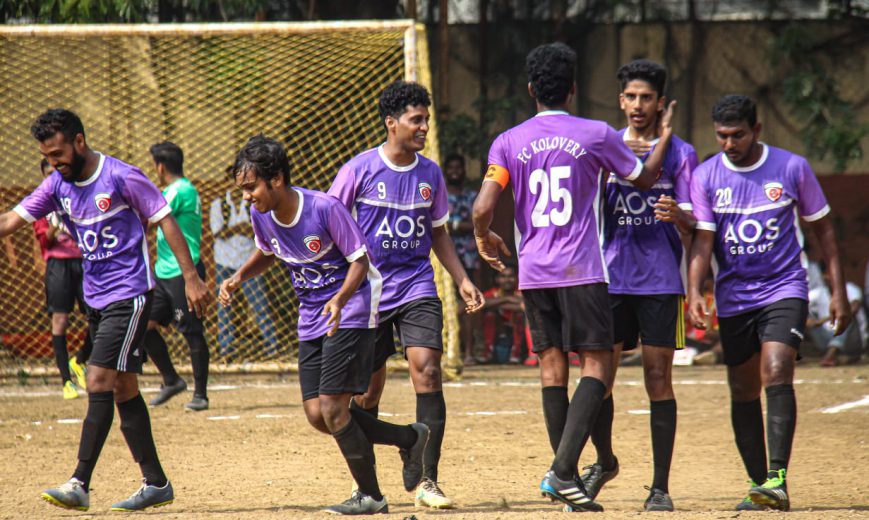 Match Day 5 of the 18th edition of the Kalina football League hosted 5 Open category fixtures and 2 U16 games to be played out at the Our Lady of Egypt Church grounds, Kalina.

The day began with Indian FC taking on KVB (A), where both side ended sharing the spoils after Akshay Sonawane’s goal was cancelled out by Dale D’Cunha. The second encounter of the game saw Air India Colony Boys picking up a comfortable 3-0 win over Egyptian Boys, although later in the day they managed to edge past KVB (B).

Kalina United brushed past FC Kolovery (Z3) with a comfortable 4-0 win with all four goals coming from different players. Meanwhile the other FC Kolovery team managed to edge past Kalina Rangers with a 2-1 win.

In the U16 category, Air India Colony Boys defeated Kalina Village boys 2-1 to qualify for the KFL U16 finals. They will face Kalina Rangers in the final, who had made their way to final after a 1-1 draw over FC Kolovery

Rudra FA edge United Villagers to clinch MDFA 1st division title
It’s going to be a perfect stage for us to get our first win in the campaign: Manvir Singh