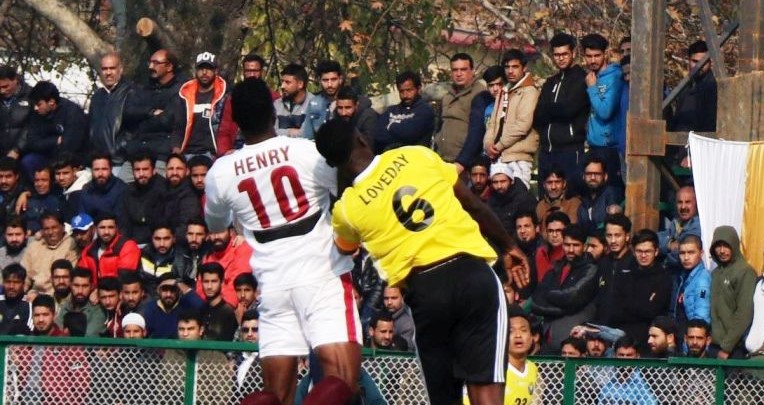 The 16-times title holders, Mohun Bagan will lock horns against the newly formed team from the northern valleys, Real Kashmir. There’s no doubt we’re inching closer to an exhilarating semi-final encounter on 21st August at the VYBK Stadium, Kolkata.

Mohun Bagan AC: The Mariners emerged victorious in all their group stage fixtures. They faced the likes of Mohammedan SC, ATK, and Indian Navy. Mohun Bagan thumped all their counterparts and netted 5 times in 3 outings. They conceded a solitary goal against the ISL Franchise, ATK. Under the tutelage of the Spaniard, Kibu Vicuna, Mohun Bagan has been very consistent in the Durand Cup. However, they have struggled to maintain the same at the Calcutta Football League. It is to be seen whether the players are fit enough to fight for the ultimate glory scheduled on 24th this month.

REAL KASHMIR FC: The recently promoted I-League side who had a dream start to their campaign last season have come a long way and are now facing the Calcutta giants on the Durand Cup knockout stage. So far, Real Kashmir played really well keeping in mind the lack of practice they had. They were up against the current I-League winners Chennai City FC ‘B’ side,  former Durand Cup winners, Army Green, and the current Super Cup winners, FC Goa reserves team on their group stage fixtures. They scored 5 goals and conceded none in their group stage games. Overall, the team looks fit and are positive to clinch a victory. We await to witness if the unpredictable ‘Snow Leopards’ have any possession to showcase.

AUTHOR’S TAKE: It is going to be a breath-taking encounter. Both the teams have the strong attacking force and robust midfield. However, Mohun Bagan will have an edge over Real Kashmir as they are playing on their home ground. It will act as their 12th man. Also, the weather conditions are quite different in the valley and in Kolkata. So if these factors are taken into consideration, Mohun Bagan might have the last laugh.