Boys eager to ‘step up’ against New Caledonia: Floyd Pinto 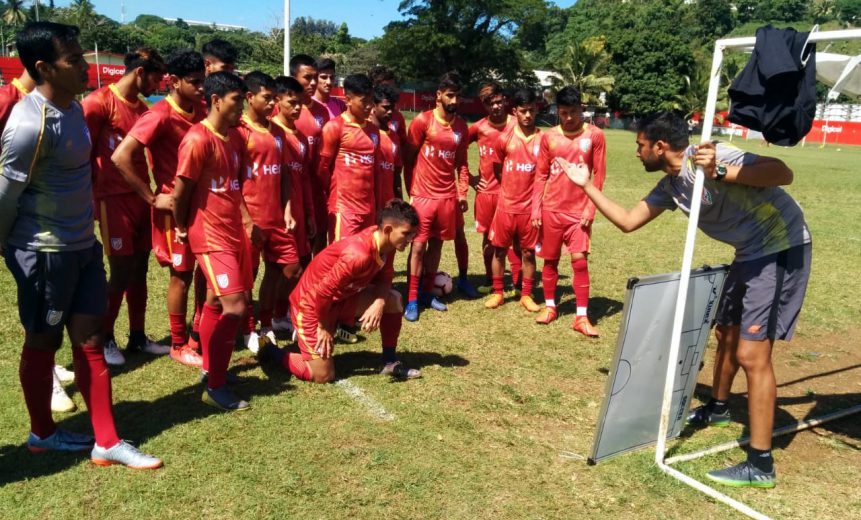 Coach Floyd Pinto mentioned the game against New Caledonia will be “one step up” and the boys are looking forward to “an entertaining game of football.”

After churning out an all-important win against hosts Vanuatu in the first match of the OFC Developmental Tournament, the India U-19 National Team is vying to continue their winning spree against New Caledonia. Incidentally, the Blue Colts will face the same Oceanian team who represented their nation in the FIFA U-17 World Cup India 2017 two years back.

“New Caledonia are the same team that played in the U-17 World Cup two years back. They are big and a physical team who are in good spirit following the big win against Vanuatu. We are looking forward to an entertaining game of football,” Pinto said.

“It will be one step up from the first game & the boys are eager to take our game up,” he continued.
While analysing India’s last win against Vanuatu, Pinto mentioned it was an important win given the fact that the hosts were “defending deep.”

He said: “Our boys are playing with a great deal of confidence & focus and it was important for us to get three points. It’s not easy to break down a team with eleven players defending deep but I was satisfied with the way they kept prodding away to, eventually, get the breakthrough. They nullified the opposition and broke into counter-attacks too.”

He further mentioned, “We are working on making better decisions all. Better decisions lead to better actions which in turn creates more chances to score & keep clean sheets. All players are focused with the aim of presenting a better version of themselves in the next game.”

With the SAFF U19 Championship knocking at the door, the coach aims to create a core team which will, in turn, garner positive results in long term. “With the SAFF Championships on the horizon, the aim is to get the core players playing together as much as possible to solidify combinations. After such a good performance, players deserve to keep their place in the team,” he concluded.