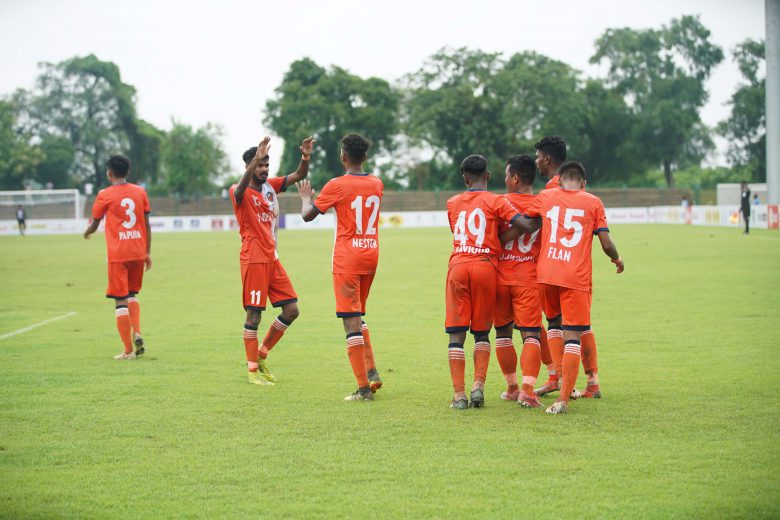 14th August 2019, Kalyani Stadium, West Bengal: The FC Goa development side is gearing up to continue their momentum and clinch a victory against Chennai City in today’s Durand Cup encounter.

The 1-0 victory in their last game against the former champions, Army Green placed them at the second position, breathing heavily upon the ‘Snow Leopards’, Real Kashmir FC who have played two games and emerged victorious on both the occasions. FC Goa was dominant during their last play. They took 19 shots, out of which 10 were on target. The midfield duo of Nester Dias and Princeton Rebello played a total of 132 passes, where they completed 116 of them, making it to a 88% conversion rate against the Army Green. Princeton Rebello was a true leader the other day, as he made 6 successful tackles out of the 24 in total. Brian Faria from the back had taken the lead as he made 16 interceptions himself out of the 70 made by the team.

The FC Goa development team manager, Clifford Miranda is optimistic about the team’s preparations. Ahead of their encounter against the reigning I-League champions, he said ” I expect Wednesday’s game to be a really tough one. They will be up against a side that will be eager to come back from a loss but we have a really good chance to qualify for the semi-finals and will be giving our all to get all three points.”

On the other side of the coin, Chennai City FC fields their team today after a 1-0 loss in their last outing. The team from down south has fielded a relatively newer side compared to the I-League winning outfit, consisting only of Indian boys. Chennai City lost to a late strike coming from the star of the valley, Danish Farooque, who netted the ball at the 90th minute and led Real Kashmir FC on their win. The Marina Machanz will be looking to bounce back from the defeat. They will surely look forward to correcting their mistakes and try their luck on qualifying. FC Goa gaffer, Clifford Miranda quoted, “Chennai City is a team that I admire. It was a commendable effort from them to win the I-League and what was worth appreciating was that they had a philosophy of football that they believed in and stuck to till the last moment,”

FC Goa plays against Chennai City FC today at the Kalyani Stadium. The match starts from 3:00 PM and will be streamed live on the AddaTimes App!