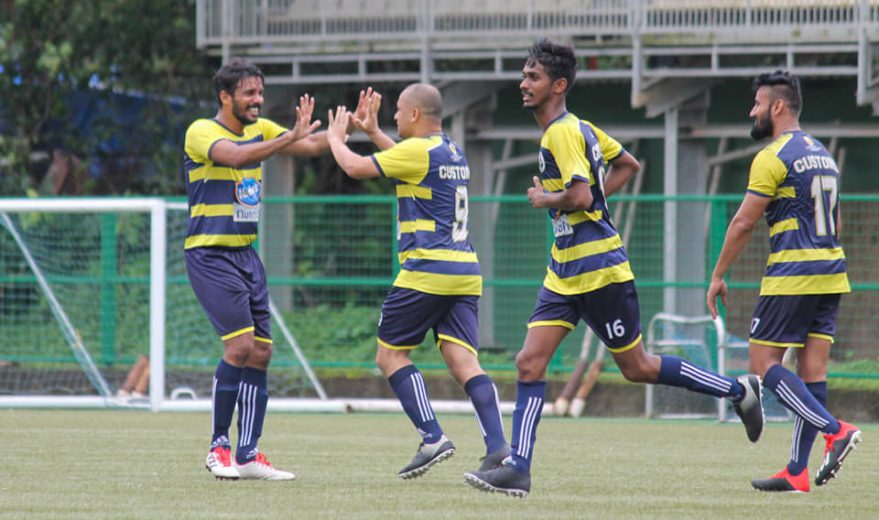 In a thriller of a contest, Elite Division Champions Mumbai Customs came from behind to draw the game 3-3 in normal time against Century Rayon before edging them out 4-2 in Penalty shoot out.

After an even opening exchange, Century Rayon took the lead through Sahil Meshram in 23rd minute. Customs immediately responded with couple of attack and in the 32nd minute, veteran player Hekmat Singh struck the equalizer after Shrikant’s initial shot was deflected on to his path. Four minutes later, Customs took the lead, when Dhaval waghela’s cross found striker Marc Dsouza, who headed it past the keeper.

Second half began with Customs looking well in control of proceeding with midfielder Praneel pulling the strings. Meanwhile, Century Rayon keeper Narendra had a busy day pulling off two crucial saves off Praneel’s attempt. As the game entered final stretch, Century Rayon upped the ante in search of an equaliser. In the 82nd minute, Luikham dribbled the ball past Custom defender Monish before striking a powerful shot to beat the goalkeeper and find the net.

With that equaliser, momentum shifted towards who now surged ahed in search of winner and in the 88th minute, Sagar Bedekar put them in front after a cross from right flank was headed in to the goal.  However just when it looked Customs campaign was over, Veteran player Hekmat Singh popped up with another crucial goal in the dying seconds of the game to pull Customs back on level terms.

I was a 5-star game as we came from behind to win. We didn’t lose hope till the last second and our experienced player Hekmat singh once proving is importance for us.
I was confident during penalties, I believed in Koya Bhai (Liyaz Koya) that he will get us through he had done it before and he did again today.

Our team has a good combination of experience and youth and we are gelling quite well. It’s the beginning of the season we can see there are quite few mistakes popping up but we will work on that and before the league begins we would be ready. 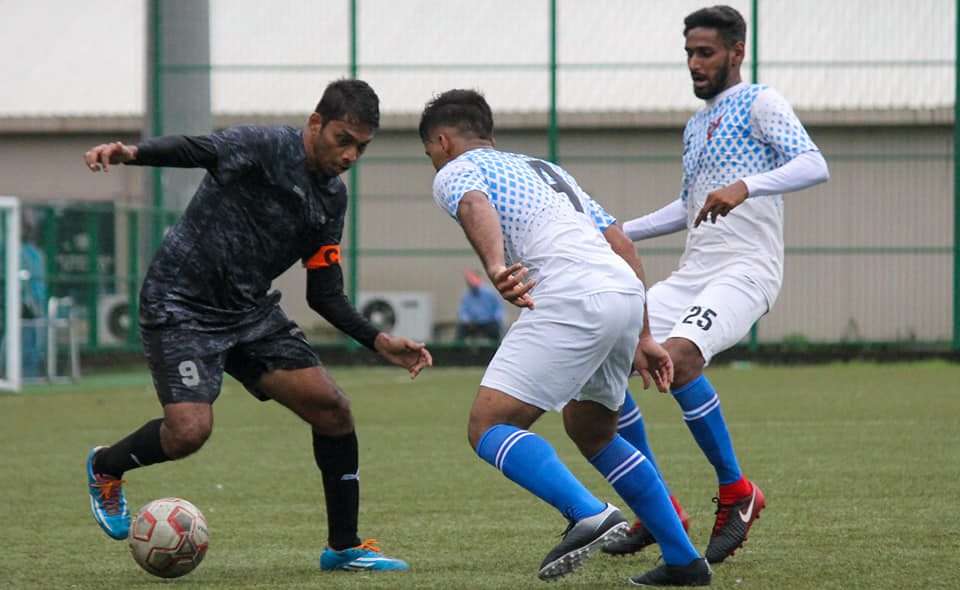 In the other quarter final of day, HDFC knocked out KSA on penalties after normal time ended in a goal less draw. In a highly physical encounter, referee had a field day with players.

Both sides had quite few chances that they failed to capitalize on and as the game progressed frustrations looked to grew among players. Midway through the second half, Scott D’souza of KSA was given the marching orders after the player picked up his second yellow of the day. With a man advantage, HDFC tried to go for goal sending men forwards however, KSA defence stood tall to extend the game to penalty shootout, where HDFC edged the latter to enter semi-finals

We played better than the previous 3 games. Overall the team did a fabulous job and we as a defensive unit did our part in it. Everyone played for one another and gave their hearts out.

The strategy of the team was to keep the ball as much as we can and play with pace for which I feel we as a team played our role to perfection. Hence here we are playing the semi finals of Nadkarni cup 2019.

Coach didn’t say much all he said he said is you can do much better. 45 mins was good we need the same for the next 45 mins as well.

Also Read: Young talent from Mumbai, Advait Shinde explains the experience gained from his recent outing with the Bengaluru Reserves