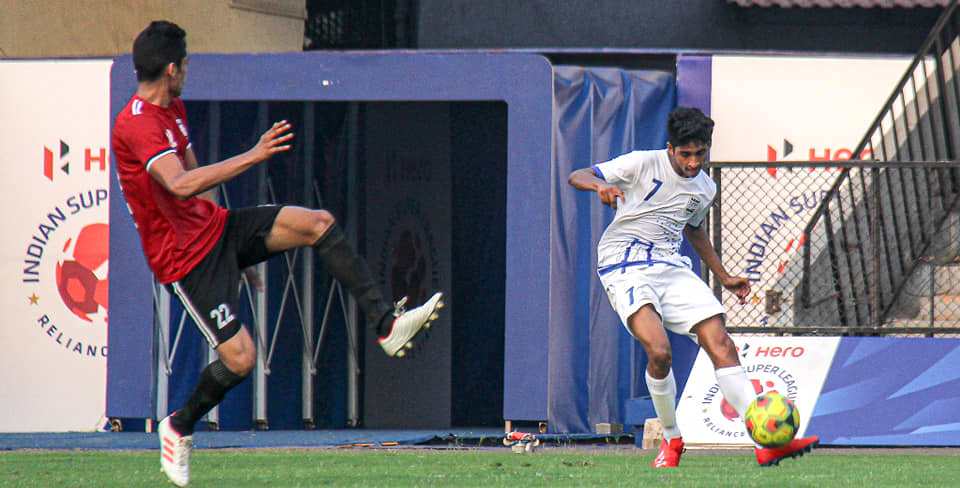 Mumbai-November 26: The game between Mumbai City FC and PIFA Sports FC at the Mumbai Football Arena was an action-packed contest. The game ended 1-0 in favor of Mumbai City FC with the goal coming at the back of a well-worked set piece in the early stages of the second half.

The first half witnessed a slow start which then led to both teams slowly changing gears and displaying their attacking prowess midway through the half. Winger Neel Shah was instrumental for PIFA Sports FC on the left- hand side as he managed to create good chances throughout the half keeping the team in blue on the backfoot. Neel’s industrial work rate was vital in keeping his team in the game against a highly technical midfield.

Mumbai City FC started the second half brightly managing to keep the ball in their opponent’s half before scoring via Naser Sayed. “Our coach made it very clear to us at half time that we have to take long shots to get a goal, we knew how well-organized PIFA will be at the back” said Naser. The attacker had a brilliant second half managing to dribble past the PIFA midfield on multiple occasions.

In a match between two teams that like keeping possession of the ball, the game had many twists and turns to offer. The game ended on a high with the Islanders bagging all three points.