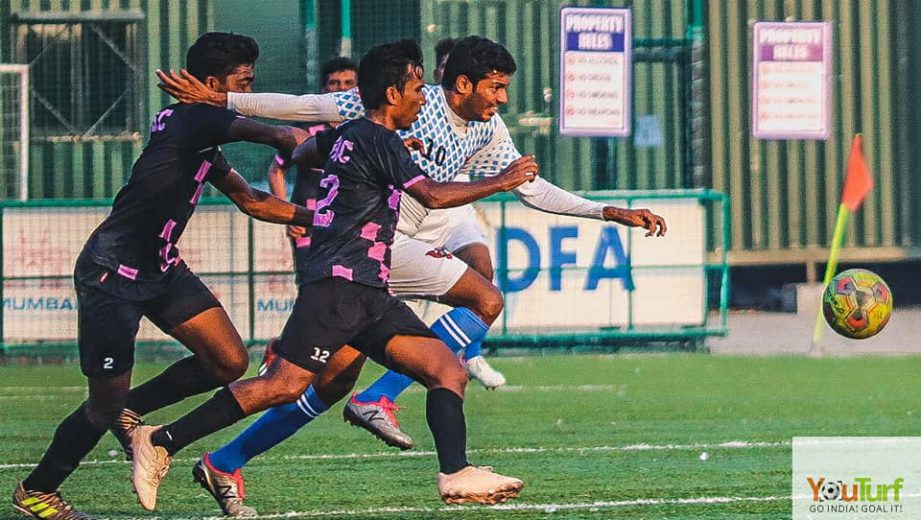 Karnatak Sporting Association (KSA) produced another victory as they got the better of Bombay Muslims by a fighting 3-1 margin in a keenly contested Elite Division match of the Rustomjee-MDFA League 2019-2020 and played at the Neville D’Souza ground, Bandra.

The match was evenly poised as the scoreboard was blank till the 80th minute before Karnatak SA broke the deadlock with seasoned striker Allan Dias finding the back of the Bombay Muslims net in the 81st minute.

Bombay Muslims made a strong fight back and managed to draw level as striker Bhavish Rao struck the equalizer in the 87th minute.

The Karnatak outfit did not take too long to regain the lead as two minutes later Scot D’Souza scored the second goal before  Sahil Shaikh confirmed KSA’s victory netting the third goal deep into stoppage time.