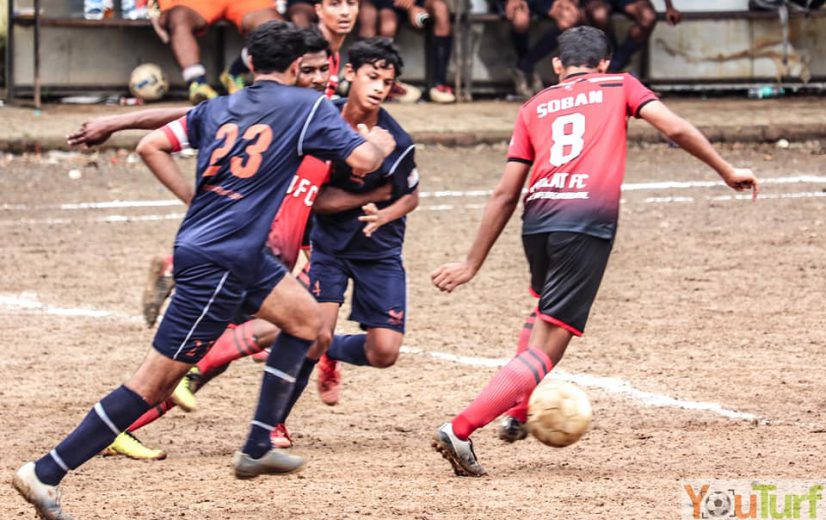 Close games were the story of the day as Jeevies FC, KSA Ambitious FA, Dsouza FA edge their opponent by a single goal margin

The day began with KSA Ambitious taking on Millat FC Colts with the former managing to keep its unbeaten still intact. Ambitious started out well with attacking intent, early exchange saw a good free-kick from Jagdeep Singh bring out a save from Millat Keeper. Despite better possession, Ambitious FA found it hard to break the Millat defence.

However moments before half time break, Sahil Thakur slid an excellent ball for Nimish Dugad, who beat his marker to slot home the opening goal of the game. In the second half, Millat came out with intent as they began moving forward in attack. On one such occasion, Millat almost found the equalizer only to be denied by the pole. However in the dying minutes of the game, Nimish doubled the lead for Ambitious off an assist from Tejas koli.

With minute left on clock, a simple lapses in concentration put Ambitious keeper in two minds of whether to go for the catch or punch after a long ball was played in to the box. Abuzarr Patel capitalized on this mistake to pull one back for Millat. Despite the late goal it was too late for Millat as the game ended at 2-1 in favour of Ambitious FA.

In another game, Striker Owais & Rebello struck two goals in the space of 5 minutes as to complete a gusty comeback as Dsouza Football Academy edged South Mumbai FC 2-1 after the latter had taken an early lead.

Striker Mohd Ali Sayed’s stunner had put South Mumbai FC 1-0 up in 21st minute however on changing ends, goals first from winger Owais Khan in 28th minuteand then by Aaron Rebello in the 33rd minute sealed the game in favour of the Dsouza Football Academy.

In the next encounter, two own goals from Soccer Club Chincholi allowed Brillian Sports Academy a comprehensive 2-0 win. In the final game of the day, striker Aniket Sharma 22nd minute goal turned out to be the winner as Jeevies FC scored a narrow 1-0 win over Somaiya Sports Academy.