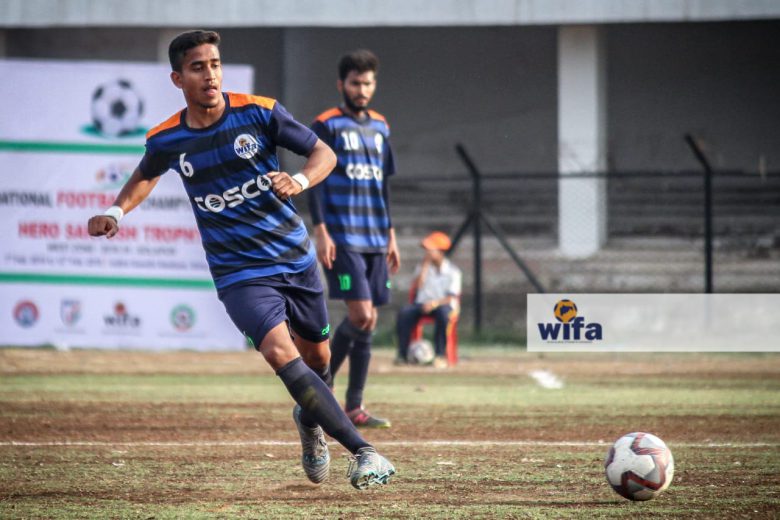 The 22-year-old Mumbaikar, Vinod Pandey has put pen to paper for the National Club of India, Mohun Bagan yesterday.

Pandey has been a regular player in the MDFA Elite Division. Vinod has played under the tutelage of Shyam Sawant in Air India U-19 from 2014-16. He has plied his trade for Union Bank of India, under the guidance of Mr Julian D’ Silva in 2017-18. Last year, he played for ONGC and they emerged champions in the Elite division.

Not only has he flourished in the Mumbai league, but Vinod has also played a pivotal role in Maharashtra’s Santosh Trophy campaign previous year. Pandey’s strong points amongst many are his quick decision-making abilities, passing and tackling.

Vinod Pandey has also been a renowned name in the University football circuit of Mumbai. He has played with Pillai College for three years and has ensured the championship in all three years. It is to be seen if the Maharashtrian can add value to the Kibu Vicuna led Mohun Bagan.

Mohun Bagan played well in the Durand Cup but failed to have the last laugh. They lost in the Finals against Gokulam Kerala FC. The Calcutta giants are currently playing in the Calcutta Football League and are yet to taste victory after two outings. Mohun Bagan is set to lock horns against East Bengal in the season’s first derby on 1st September.