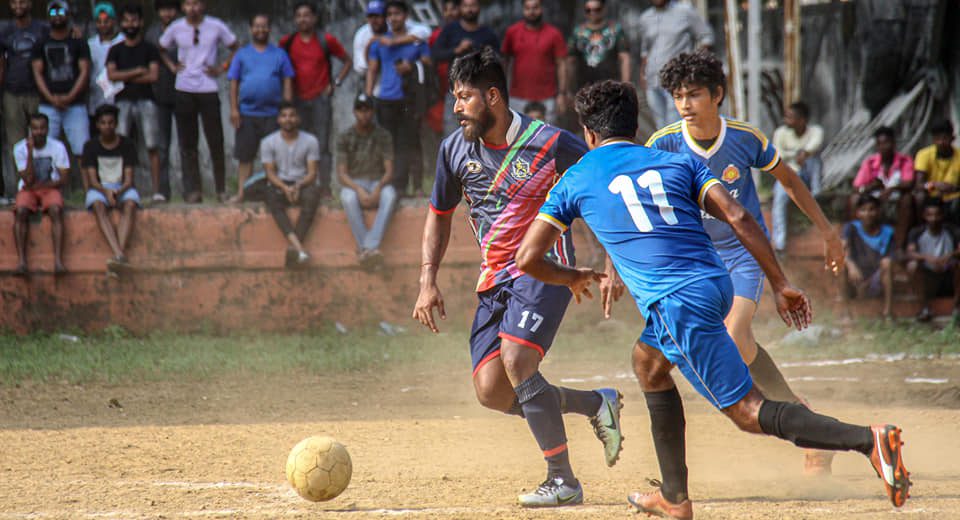 Match Day 4 of the 18th edition of the Kalina football League hosted 7 fixtures to be played out at the Our Lady of Egypt Church grounds, Kalina.

The day began with Air India Colony Boys picking up a big 4-1 win over KVB (B). Astle Pereira struck a brace while Kishan Singh and Sheldon Fernandes chipped in with one each. Faizan Shaikh struck the lone goal for KVB (B)

In the next game, Kalina Rangers rode on Roche Mascarenhas’s goal to beat FC Kolovery Z3 while the main team of FC Kolovery where held to a 1-1 draw by the KVB U16 with Dawson D’cruz’s goal for KVB, being cancelled out by Furqan Khan for FC Kolovery.

Like their main team, the U16 side of Air India Colony Boys registered an impressive 3-1 win over U16 side of Kalina Rangers. Pinank Kadu, Zaid Ahmed, Johnson Lobo each scored a goal while Lalit Bangera got the consolation goal for Kalina Rangers U16.

In the mid-afternoon encounter, Egyptian Boys went down to FC Kolovery while Kalina United rode on Cedric D’mello brace to overcome KVB (A) challenge. The final encounter of the day saw Indian FC beat Kalina Rangers 2-1 to close the day.