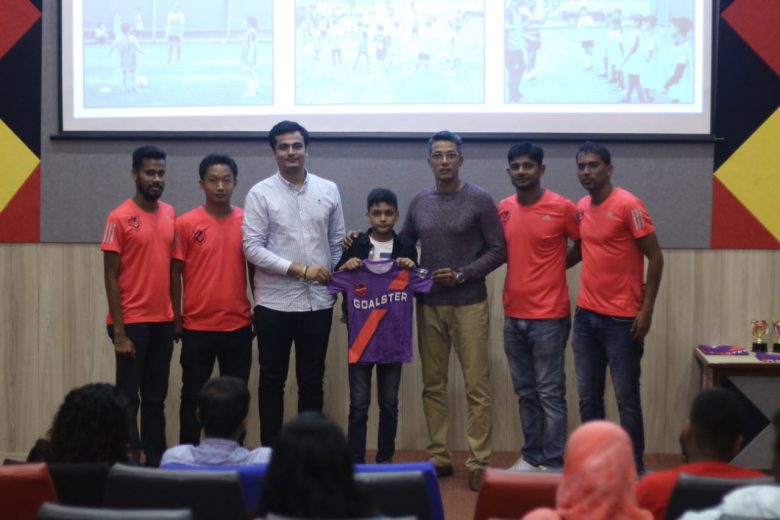 On Sunday, 29th September, Kandivali based Goalster FC organised a seminar focused on the development of a child through sports. The core proposition principally up for discussion and analysis was how to balance studies and sports. Several parents came at Thakur Shyamnarayan School in Goregaon to gain insights from the industry leaders for the aforementioned event.

Mr Dinesh Nair voiced the need for building a football ecosystem and the role of the parents in it. He mentioned the significance of scouting from parents. “At an early age, the children must be under the watchful eyes of their parents. Let them pursue the sport. if they do well, then comes the academy’s role to push them forward” mentioned Mr Nair. He also opined about the lack of proper scouts in India. “There is nothing such as a certified scout in India. I’m in touch with an organisation based in the UK to bring their course in India, but the fees to pursue it is too high”

Mr Nair further talked about the lack of coaches in the nation. Addressing to the audience, he said, “The entire population of Iceland is equivalent to what Mumbai’s Kandivali area has. But Iceland has more certified football coaches than what India has. However, the  huge gap between the players and the coaches are getting bridged in our country through various initiatives taken by the governing bodies”

He concluded his session advicing the parents to be patient with their children and not to expect much from them at the tender age. The children must engage and enjoy the beautiful game of football. 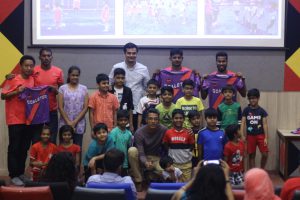 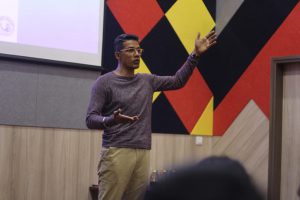 Following his speech, Ms Tanaz Mohammed took the stage. She talked about the importance of education alongside sports. Tanaz mentioned the importance of failure in a youngster’s life. “Often, what I’ve seen is that the children are afraid to fail. Apparently, at the start, there’s a lot of pressure imposed on the child. They are forced to succeed in whatever field they are into which eventually scares them.”

“In today’s world, it is tough for a child to accept failure. So, we must let the children decide what they want to do. Yes, there will be failures and it is important to fail. Also balancing education with sports is completely necessary. But let the children decide how to go about it.” opined Tanaz, a member of the Grassroots Development team in Mumbai City and a coach educator. 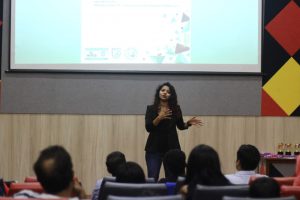 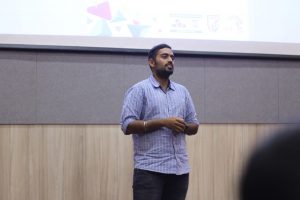 Mr Jay Singh Shera spilt the beans on how to prevent injury in sport. He mentioned the importance of a proper diet and recovery sessions for a player to develop. On the other hand, Mr Sushant Waydande, a professional freestyler shared his journey of becoming the best football freestyler of the nation and the scope which lies ahead for the budding enthusiasts.

The event concluded with a speech from the Goalster FC Founder and Promoter, Mr Vikas Vishnoy, who shared his thoughts on the upcoming future. He also discussed how his academy plays a pivotal role in the upliftment of a child’s holistic development through sports. Goalster academy has their setups in Goregaon, Borivali and Thakur Village.

There are some notable mentions who organised the event. Those are the men who run the academy and work from the backend. Mr Praveen Nair, Head Coach – Goalster FC, is an AFC license holder. He has previous experience of coaching Indian heavyweights like Churchill Brothers (U-14) where he also used to play as a professional footballer. Mr Praveen has also played for Air India and ONGC in Mumbai Elite Division. Coach Sudheesh Muttath who is a Premier Skill/British council qualified coach and also professional player who plied his trade for clubs like Mohun Bagan and Pune FC plays a vital role in looking after the academies and the player’s development. Coach Aaron Rodrigues compliments them both in this process.

The day concluded with deep insights from all the stakeholders. All in all, it was a great learning curve for the parents of future athletes!

Also Read: “We need more games to build a better future” states Isac Doru, the Technical Director of the All India Football Federation