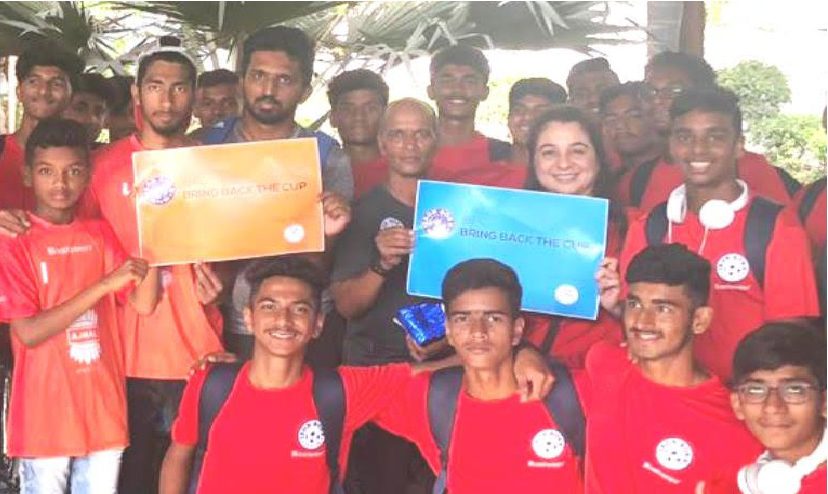 Iron Born Football Club (IBFC) team members were in an upbeat mood and exuded plenty of confidence ahead of the team’s departure to Kolkata to participate in the final round of the AIFF Hero Junior League 2018-2019.

The team departed from CSTM on Thursday evening.

Iron Born FC, a new premier youth football club from Mumbai, had defeated the likes of Mumbai City FC, Kenkre FC and India Rush Soccer Academy to reach the final rounds and was the top two teams from Mumbai zone to enter directly to the final round. The achievement of the Iron Born FC U-15 team is especially laudable as they have qualified in the very first year of participation in the tournament.

The team will play in the final round which will be held in Kolkata from May 21 onwards. They are placed in Group D and will be competing with FC Madras, Bengaluru FC and a qualifier from the Playoffs. The final round will comprise of league, semi-finals and final matches.

The coach of the team, Aqeel Ansari, could not be more proud of these young players. “All the hard work and effort have led to fruition and they are primed to give their best in the final round. He exuded confidence even though the U-15 youngsters were playing outside the city for the first team. He added that the hard work and preparatory arrangements were possible because of the unstinting support of the Rustomjee group and promised a good brand of football.”