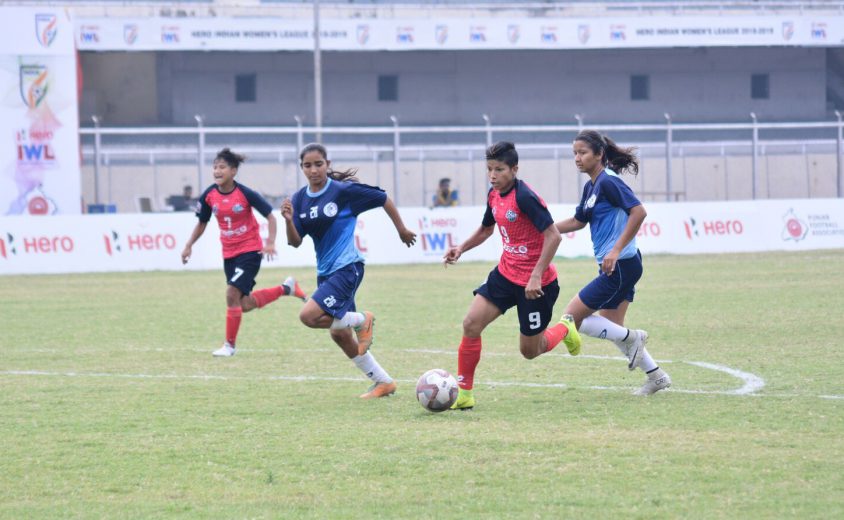 Sethu FC rounded off their Group campaign with an all win record after a massive 7-0 victory at the Guru Nanak Stadium in Ludhiana, on Saturday.

India international Sandhiya was on fire, scoring four goals for Sethu, whereas defender Ashalata Devi bagged the Player of the Match award.

It was a rather slow start to the game, as Sethu FC, who have already secured top spot in Group II, looked to build slowly in the Baroda half. Sethu’s India international winger Sandhiya struck her first goal within the first quarter of an hour to give the side from Madurai the lead. She broke free of the defence on the left, entered the box, and slipped a left-footer past Baroda goalkeeper Pinki Darji.

Baroda did put up some resistance in the second half, but they ran out of steam towards the end. Indumathi Kathiresan, Ratanbala Devi, and Sandhiya added three more in the last 15 minutes to end Sethu’s Group II campaign with yet another big win.

For line-ups, stats and pictures on this game, visit here—> Match Center

“I am glad that we reached semi final. We still have to be ready for the upcoming game as the tournament is not yet over for us.”