Hero Intercontinental Cup to move out of Mumbai 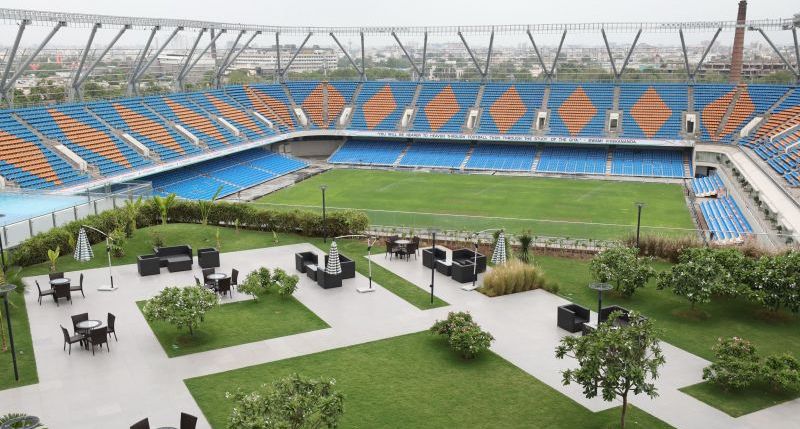 The second edition of the Hero Intercontinental Cup will be held at the TransStadia Arena in Ahmedabad from July 7-18, 2019.

This will be the first time that the Indian National team will play at the newly built TransStadia Arena in Ahmedabad. Besides hosts India, Syria, DPR Korea, and Tajikistan have already been confirmed as the participating teams. All the four teams will be playing each other in a round robin phase, with the top two teams qualifying for the final.

TransStadia uses a globally patented technology, which converts an outdoor stadium into an indoor arena within 6 minutes at a touch of a button. It has a capacity of over 4,000 in the indoor arena and over 20,000 people in the outdoor stadium and a FIFA standard football pitch.

The Blue Tigers come into the competition as defending champions, having won the inaugural edition in Mumbai in June last year after defeating Kenya in the final, courtesy a brace from the Hero of the Tournament, Sunil Chhetri. New Zealand, and Chinese Taipei were the other two teams in the fray.