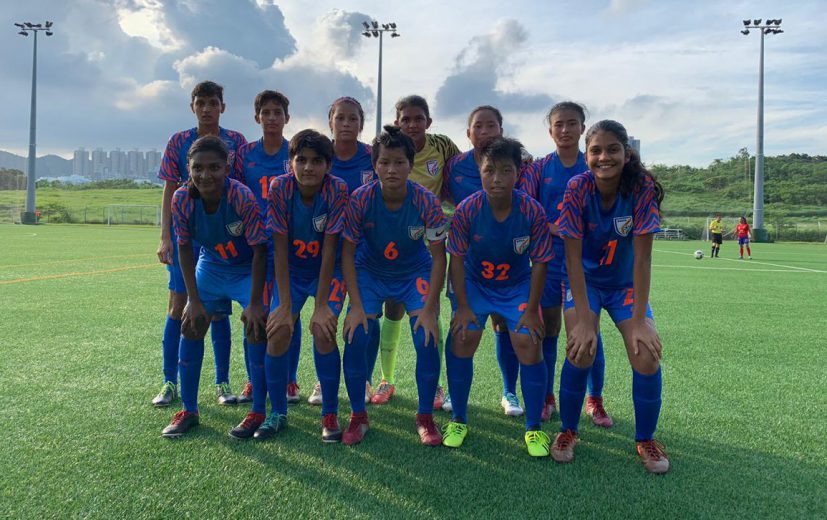 The Indian outfit, coached by Alex Ambrose, has already earned big wins against the likes of the Hong Kong U-23 side (5-1) and Tai Po TBC (4-0) last week. Continuing in the same vein of form, the Indian girls romped home to another big victory with Sai Sankhe, Kiran and Amisha netting a goal each, while Priyanka Devi scored a brace.

India got the early start as Sai put away a chance in the very first minute of the match. It took India about a quarter of an hour to double their lead, when Marriyamal played Priyanka through on goal as the latter put it past the opposition keeper to get her name on the scoresheet.

Citizen pulled one goal back when Kayan scored a few minutes later, gaining some momentum. Centreback Nirmala had to pull off a goal-line clearance in the 36th minute to prevent the home side from leveling the scores.

India regained their two-goal lead in the 50th minute, when Astam soared up the flank, squared it to Priyanka who gave India the breathing space of a 3-1 lead. Kiran made the score 4-1 in India’s favour on the 80th minute, just before being substituted off by Ambrose.

Five minutes later, Amisha put the final nail in the coffin, as she latched on to a pass from Astam and pulled the trigger. While it was saved by the opposition keeper, the India attacker slotted in the rebound.

With three of their matches done, India are now set to play their final game against the Hong Kong U-18 Women’s Team on Saturday (June 29, 2019).

Also Read: U-17 Women’s team can develop into a formidable side, says Coach Alex Ambrose