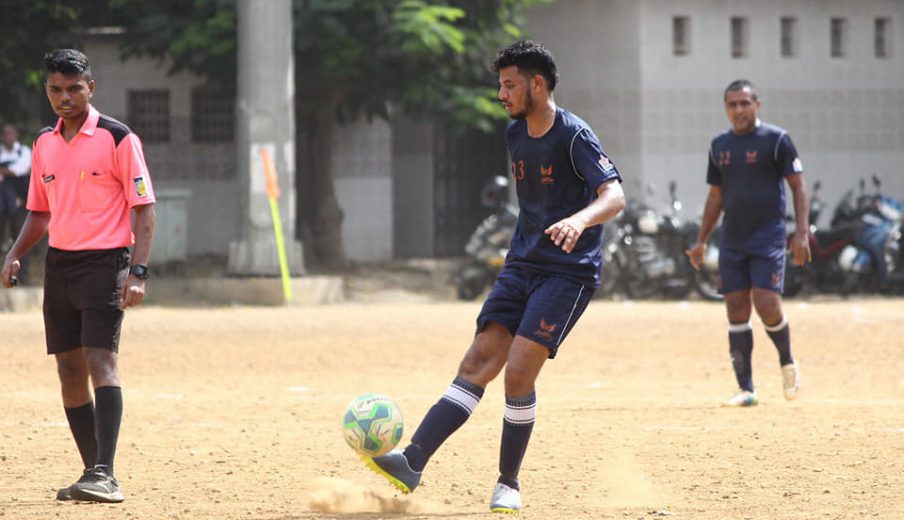 A first half strike from Shahid Qureshi turned out to be the difference as KSA Ambitious FA extended their unbeaten streak to three games after beating 7B Star SC 1-0.

The game began with Ambitious FA, high on confidence from their come from behind win in the last game, taking the game to 7B star SC with some high intensity attacking football. The first real chance of the game came in the 13th minute when Murish’s free-kick brought out a save from the keeper.

Five minutes later Ambitious FA were at the receiving end when an attempt from distance was saved by the Ambitious Goalkeeper. In the 18th minute of the first half, Ambitious FA midfielder Shahid Qureshi took a shot from the edge of the box that beat the keeper to find the top right corner as the Vijith Shetty managed club took the lead.

In the second half, 7B Star SC started out brightly keeping the possession better in search of equalizer but failed to break a resolute defence of KSA Ambitious FA as the game ended 1-0 in favour of the latter

All Results of the day – Third Div:

Also Read: U-17 Women’s team can develop into a formidable side, says Coach Alex Ambrose