I have a long way to go, admits Lallianzuala Chhangte 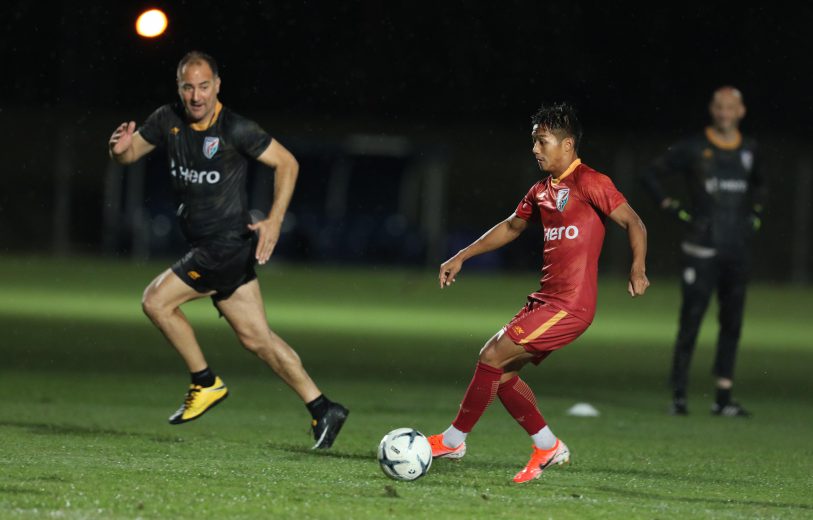 What could a school-going-kid long for after a hectic day? A fancy sports shoe, might be a day out with parents, or maybe a play station, that too in his wildest dreams. But guess what a Mizo kid from a remote village dared to ask his mom?

Despite of hailing from a not-so-well-to-do family, he dared spread his wings, and asked his mom for permission of pursuing his dreams of becoming a professional footballer. Lalluanzuala Changte was just 14, four years short of earning his voting rights.

“I was in standard ten then,” Chhangte smiled. “I told my Mom about my dreams. I was desperate. Had the situation demanded, I would not have thought twice before moving out of Mizoram. But I could figure out that she was not at all happy,” Chhangte smiled.

“It is very hard to be a professional footballer from a village like ours. The biggest achievement has always been to play for the village team. My parents always wanted me to focus on studies. I had already represented my school, but wanted more,” Chhangte revealed.

He didn’t need to wait for long. Chhangte attended the DSK International Academy trials in Aizawl, moved on to Pune for the second phase of the trials. The rest is history.

‘THE GOAL CHANGED MY LIFE’

He went on to represent India U-19 in the AFC U-19 Qualifiers. The Senior team call-up for the SAFF Suzuki Championship 2015 followed, and he announced it with two super goals against Nepal.

“I can’t forget the moment. My first International goal against Nepal introduced me to Indian football,” Chhangte got emotional. “Everything around me changed so quickly. I was still in the DSK Academy, and was worried about a professional contract. But my life changed. People started noticing me.”

So much so, that maestro Sunil Chhetri lifted the young gun on his shoulder after his heroic performance. “Playing alongside Chhetri-bhai has always been a great motivation. He took me by surprise when he lifted me on his shoulder. It was something like which I couldn’t think of even in my wildest dream,” Chhangte’s emotions took over.

After the Hero I-League 2015-16 with DSK Shivajians, he joined North East United FC on loan, and went back to the Pune-based club after the Hero ISL season wrapped up. Finally, he was picked by Delhi Dynamos in the Hero ISL draft before the 2017-18 season.

“Coach Constantine tried me as a winger for the first time. I love playing in the wings. Dribbling and outpacing defenders on 1v1 is something I always cherish,” Chhangte, who started his career as a striker, narrated.

Chhangte admitted that he was ‘broken’ when he failed to make it to the final 23 for the AFC Asian Cup UAE 2019. “I was broken, disappointed. But I realised sitting over that wouldn’t help. The moment motivated me. I realised that I hadn’t done enough. I needed to do more,” he pronounced.

Chhangte is currently sweating it hard at the National team preparatory camp for the Hero Intercontinental Cup next month. “I have always dreamt of playing outside India. Playing abroad will help me turn into a better player. I’ll, hopefully, go for another trial at Viking FK after the recent National Team commitments get over,” Chhangte informed.

“But I know, I still have a long way to go. Every day I run an extra yard, take an extra shot in the training session. I want to improve, and be on that Indian squad for AFC Asian Cup China 2023.”

Samuel Football Academy to conduct trials for Women’s football team
U-17 Women’s team can develop into a formidable side, says Coach Alex Ambrose