Indian U-17 Women’s team to travel to Hong Kong 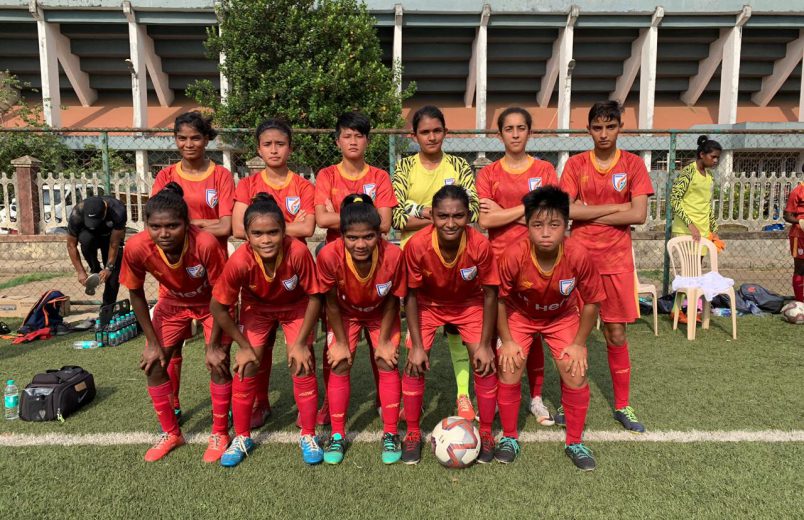 With the FIFA U-17 Women’s World Cup slated to be held in India in 2020, the Indian Women’s U-17 National team will be travelling to Hong Kong for an exposure tour on June 16 (Sunday).

The girls who have been training in Goa since first week of May 2019 under former India International Alex Ambrose will be playing four matches, the first of which is against Hong Kong U-23 on June 21. Besides, they will also play another with Hong Kong U-18, and two matches against club teams.

Although the side has played a number of matches against local teams, Ambrose believes the matches in Hong Kong will give his girls valuable experience to test themselves against tough opponents.

“The matches in Hong Kong will serve as a good experience for the girls. Almost 40 per cent of them are new to the National team set-up, and are still getting used to the flow,” Ambrose stated. “Playing competitive teams will help acclimatise them, and gain an understanding of International football.”

He further went on to state that such matches will help test the character of the players. “It will also help us coaches identify the players who have a strong mentality, and tend to take the right decisions even when they are under pressure,” he explained.

Ambrose maintained that the key objective remains to prepare the team for the FIFA U-17 Women’s World Cup next year. “Learning never stops, and that applies to everyone. My players have shown interest, character and the dedication required to be a part of such a big tournament. The future looks good if they keep working hard,” he quipped.

The squad members stay as follows:

After On-field success, YSA leads the way off the field too
FC Cecilians – The new club on the block rumbling the Mumbai football fraternity