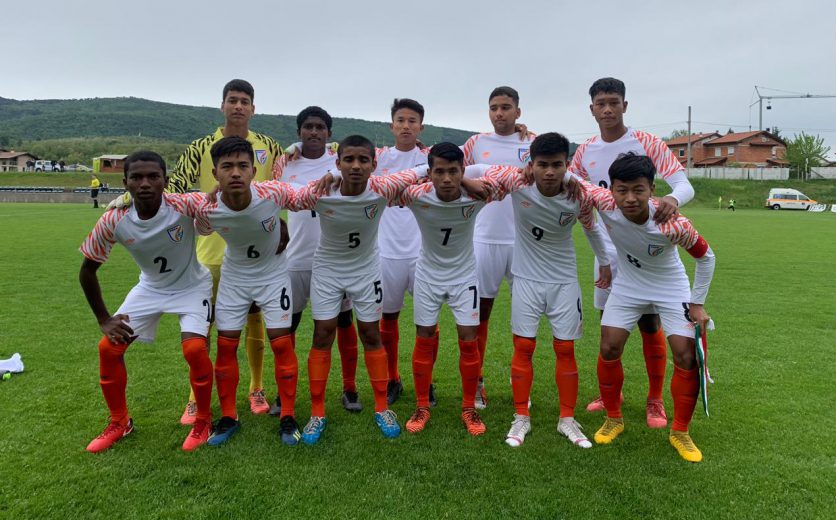 India suffered their second defeat of the 2019 MU-15 Tournament at the hands of Mexico by a 1-3 margin on Monday, April 29, in Palmanova, Italy.

This was India’s second defeat in as many games, after they lost 0-3 against Mexico’s neighbours USA on Sunday. Jesus Hernandes Moreno opened the scoring for Mexico early on, before Carlos Eduardo Guillen added another.

Aula Siba came inches close to pull one back for India, when he got an opportunity to tap it in from inside the six-yard-box. However, he sent his shot agonizingly wide. Eventually, Sridarth won and converted a penalty towards the end of the first half of this 70-minute match to give Coach Bibiano Fernandes’ team a fighting chance.

However, Moreno scored again, just after the changeover, to secure the three points for the Mexicans. It was a second half to forget for the Indians who knocked hard on the Mexicans’ door but to no avail. Ashu, Amosa Lalnundanga and Ratanbi Singh combined well to create a few chances, but it was too little, too late, as Mexico ran away with the win in the end.

India are now set to face-off against Slovenia on Tuesday, in their last Group Stage game of the MU-15 Tournament.