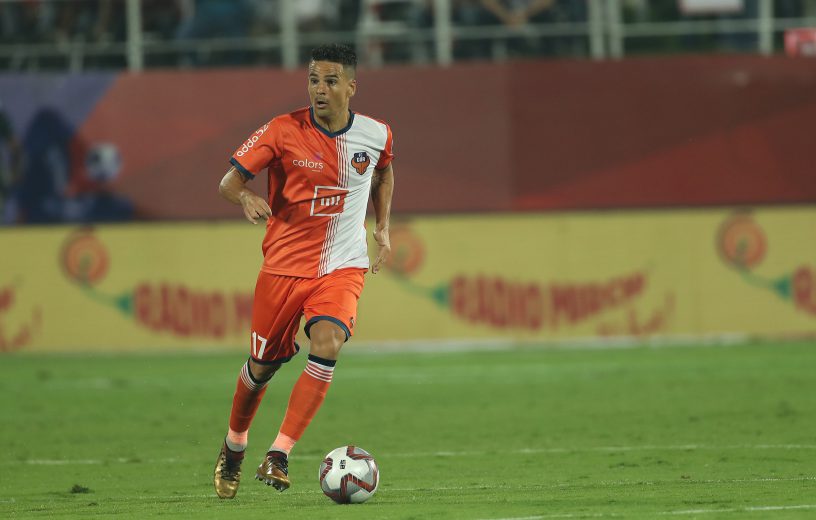 FC Goa is delighted to announce that defender Carlos Peña has extended his stay with the Gaurs for one more season. The Spaniard put pen to paper on a new deal that will see the defender spend the 2019/20 season in FC Goa colours.

Peña was a vital cog in the FC Goa team that reached the final of the ISL this season before helping the club to its first silverware in the Hero Super Cup. The Spaniard formed a formidable pairing at the centre of defence alongside Mourtada Fall. With him playing as a centre-back, the Gaurs were able to keep 9 cleans sheets in 14 outings.

“This has been a good season for me. I have felt at home in Goa. I and my family are very happy with everything that surrounds the club and we are overjoyed to have been able to extend our stay for one more year. I am happy to give our fans, their first taste of silverware. But by saying that, we can’t settle just for that. I am ambitious and so is the club.  We have set our eyes even higher for the coming season and I hope to help achieve that,” stated an upbeat Peña after making his extended stay official.

FC Goa co-owner and President Akshay Tandon also welcomed the development, stating, “We are delighted to have Carlos (Peña) as a part of the Gaur family for another season. He is a real leader. He is a great guy to have both on the pitch as well as in the locker room. Carlos was vital to our success last season and we feel he will play a very important role next season.”