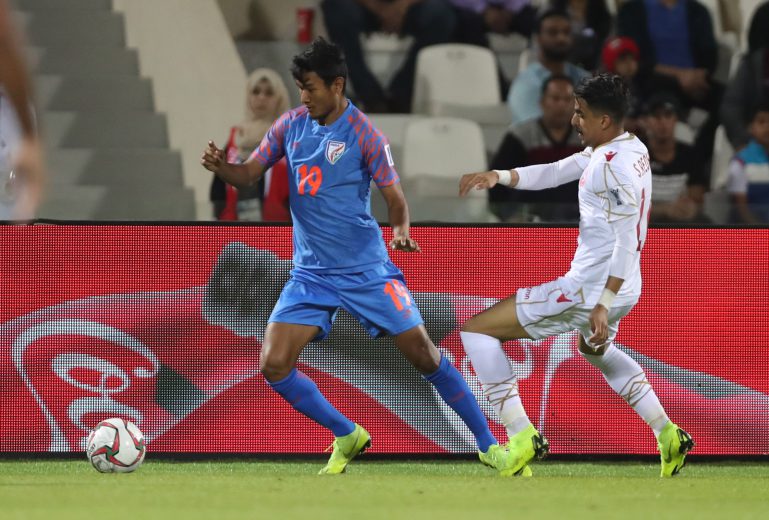 Besides the determination of making a mark in the National Team after coming back from a long injury lay-off, Assam’s own Halicharan Narzary — the prolific 25-year-old midfielder has another yearning at the back of his mind.

“I want to make Assam smile again,” Narzary maintained “Assam has suffered a lot from the recent floods. But it’s time to make it (Assam) smile again,” a calm and composed Narzary went on.

Assam had suffered a major flood situation recently and the entire state has to almost build everything from scratch to come back to normalcy. “I was in Chennai for my rehab programme. But I could feel the pain of Assam every moment. I could not dare to switch on the television set even. The agony, the torment of Assam urged me to push more,” Narzary’s voice choked.

Narzary, who was an integral part of Indian National Team’s campaign in the AFC Asian Cup UAE 2019 is currently in the ongoing preparatory camp in Goa for India’s forthcoming FIFA World Cup Qatar 2022 qualifiers against Oman, and Asian champions Qatar. While India play Oman on September 5 in Guwahati, the Blue Tigers travel to take on Qatar in Doha on September 10.

Referring to his call up to the National Team camp, Narzary added: “After the injury lay-off, I’ve undergone the rehab programme to get myself ready for the camp. It’s all about the National Team duty which I can’t afford to compromise. I want to be in the best shape to get selected for the first match of the FIFA World Cup qualifiers.”

Incidentally, the speedy winger made his National Team debut in Guwahati back in 2015 during the FIFA World Cup Russia 2018 play-off qualifiers against Nepal. “Making my national team debut in front of my own home crowd was a dream-come-true moment for me. We had a great result against Nepal. Later, we had had a great win against Laos in Guwahati. It’s our lucky venue.”

India were clubbed with Oman in the last edition of FIFA World Cup Russia 2018 qualifiers Round II. In the opener, the Gulf nation pipped the Blue Tigers 2-1 in Bengaluru, before securing a 3-0 win in Muscat in the return leg. The last encounter between the two countries in a Friendly match prior to the Asian Cup ended in a 0-0 draw.

“We are aware of the past results. But it’s time to look forward. The goalless draw against Oman was a motivational booster. If we can play to our potential, we can script a positive result against Oman.”