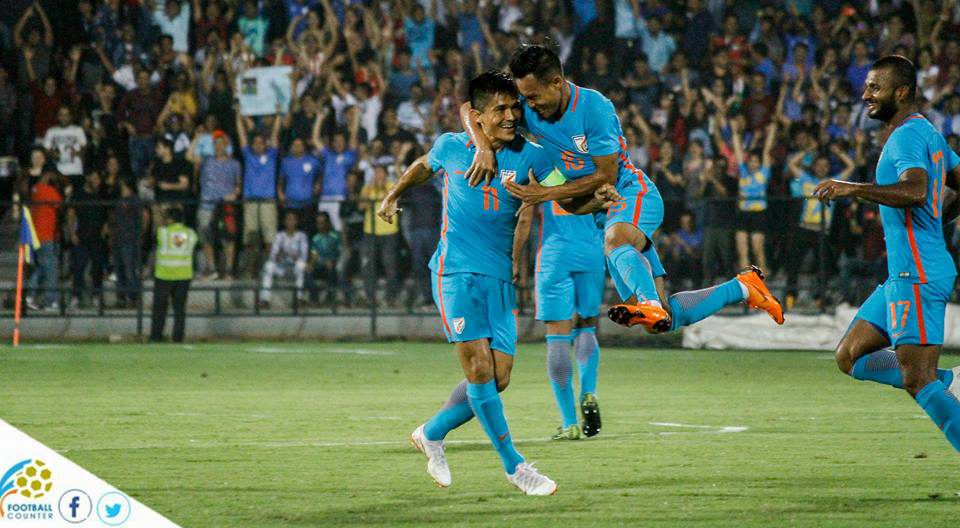 The Hero Intercontinental Cup 2019, scheduled to take place at the EKA Arena in Ahmedabad from July 7-18, 2019, will see the Blue Tigers take on Tajikistan in the opening clash on July 7 with the fixtures of the tournament being released on Monday (June 10, 2019).

India’s next match will be on July 13 against DPR Korea, followed by Syria on July 16 – with the top two teams from the round robin stage qualifying for the final that is scheduled on July 18. According to the latest FIFA rankings released on April 2019, Syria are ranked 83rd followed by Tajikistan and DPR Korea, who are placed 120 and 121 respectively. India currently occupied 101st position in the rankings.

The Blue Tigers are the competition’s defending champions as they lifted the title last year with a victory against Kenya in the final, with Hero of the Tournament Sunil Chhetri scoring twice. The other two teams that competed last year were New Zealand and Chinese Taipei.

The Indian side, under new head coach Igor Stimac, shall be heading into the tournament on the back of a promising show in the King’s Cup 2019 in Thailand, where they went down 3-1 to Curacao and followed the result with a 1-0 win against the hosts courtesy of a goal from Anirudh Thapa.

The Hero Intercontinental Cup 2019 fixtures are as follows: