Goa top Group B to qualify for Santosh Trophy 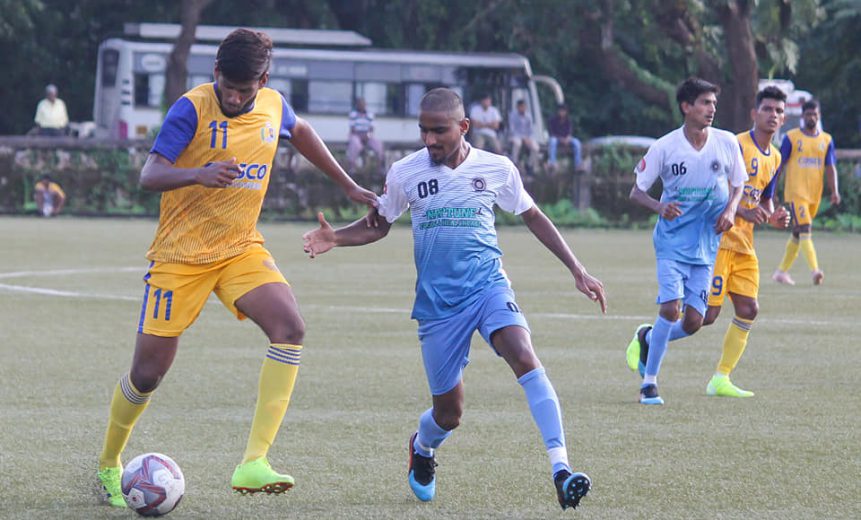 Rajasthan edge MP while Goa snub Dadra & Nagar Haveli in a 14 goal carnage that saw former book their place into the final rounds of Santosh Trophy 2019-20.

Quadruples from Olvin Cordoza and Denson Fernandes gave Goa a massive 14-0 win over Dadra & Nagar Haveli. The match also witnessed a hat-trick from Aaron D Silva and Goals apiece from Stendly Fernandes, Ribhav Sardesi, and Sanson Pereira all in favor of Goa.

With the team placed comfortable on the group B pole position, Goa went ahead with as many as eight changes to the side. Goa Coach Anthony Levino Pereira gave his bench squad an opportunity in the final group match. The youngsters didn’t disappoint utilizing the chance to its fullest.

First goal of the game came in the 4th minute, when Aaren Silva strike found the back of the net. The goal opened the flood gates for more as just a minute later, Olvin doubled the lead. Goals came thick and fast as both Olvin and Aaron added a goal each within the next ten minutes. Stendly Fernandes, Rhibhav Sardesai and Denson Fernandes scored a goal each as Goa headed in to the break with 7-0 scoreline.

Goa began second half from where they had left. Olvin and Denson went on to score four goals each in total while Aaron added one more to his goals tally to complete the hat-trick. Later in the game, substitute Sanson Pereria chipped in with one goal to complete the 14-0 rout.

In another game, Rajasthan came from behind to register a 2-1 win over Madhya Pradesh. MP took the early lead in the 14th minute through Bikram Sarkar. Both sides played end to end football but lacked in finishing. In the second half, Rajasthan pressed hard in search of goals. They earned a penalty after a foul in the box however skipper Amir Sohail failed to convert his spot kick. The penalty miss did not hurt much as Sanjay Lamba’s 79th minute strike turned out to be the equalizer, before substitute Shivam Bhaker struck a timely winner as Rajasthan finsh 2nd in the group B table.