Focus on keeping the ball and building up from the back: Blue Tiger’s new mantra 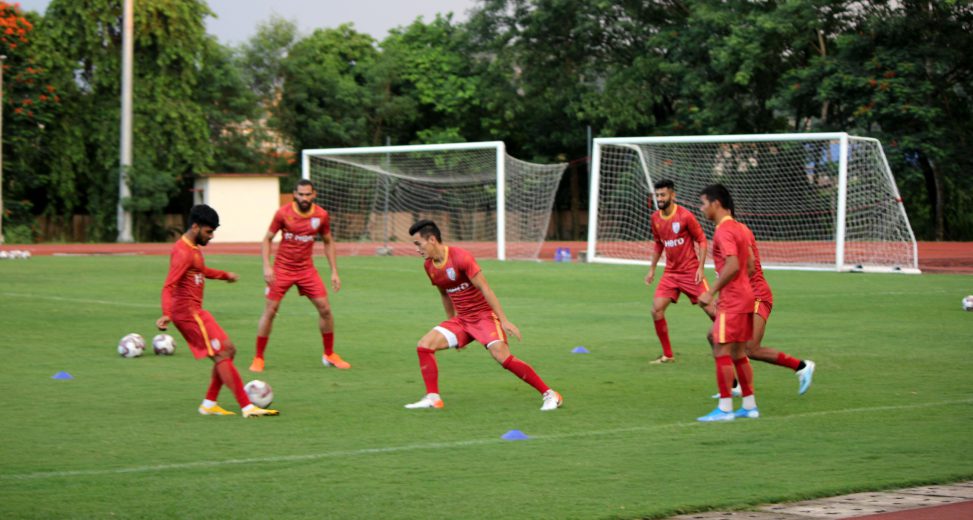 Since Stimac’s appointment as head coach, a striking feature of the Blue Tigers has been their style of play – with more focus on keeping the ball and building up from the back.

“Everyone has seen how the coach wants us to play,” expressed centre-back Sandesh Jhingan, before adding that the players are “loving” the new system. “It’s not easy to implement a new possession-based style. We have to be brave and I can say that from our games against Curacao (King’s Cup) to Syria (Hero Intercontinental Cup), we have improved a lot. We have the right kind of players and everyone in the team has loved the new approach,” he said.

The team underwent a training camp in Goa, that began on August 20, prior to their much-awaited qualifier clash against Oman. Talking about the transition in the playing style, Sandesh mentioned that they have been working on it both on and off the pitch. “Training has been about building patterns on the pitch and making them a natural part of our games. As a centre-back, I have to play out from the back and every player is adapting to his new role as well. Off the field, we are studying as well and we keep getting videos and clippings from the staff, that help us learn better,” he explained.

One of the key players for Stimac has been midfielder Sahal Abdul Samad, who has appeared in each of India’s five international games they have played so far. He stated that he is developed a “great understanding” with his fellow midfielders.

“Training has been intense – we are always pushing each other that extra yard. Off the field, we are like brothers. We have developed a great understanding in midfield and know each other’s movements – when to make what run and when to stay back. Knowing that I have the support behind me also gives me the confidence to push forward as well,” said Sahal. Another face to emerge has been Anirudh Thapa, who scored the lone goal in India’s win away to Thailand in the King’s Cup in June. “I like what the coach wants from us,” he expressed.

Thapa continued, “He wants us to keep the ball and keep possession. I like it and it suits me well. Adapting to it is a challenge but we are gelling well together in midfield. We are working on improving our understanding and game-reading.”

Udanta Singh, who has 22 senior appearances to his name, also spoke about the team’s preparation, saying that the team is hoping to put its best foot forward on the pitch. “We all are working hard on the ground and the gym. We are all raring to go and hoping to do our best on the field. With the previous matches we have played, we got to learn our strengths and weaknesses and now we are working on them accordingly,” he said.

“All the boys want to play with the ball and the coach wants to build up from the back. But it is not easy so we keep trying. Mistakes will happen but the coach is there to help us out. I like whatever works for everyone,” Udanta concluded.