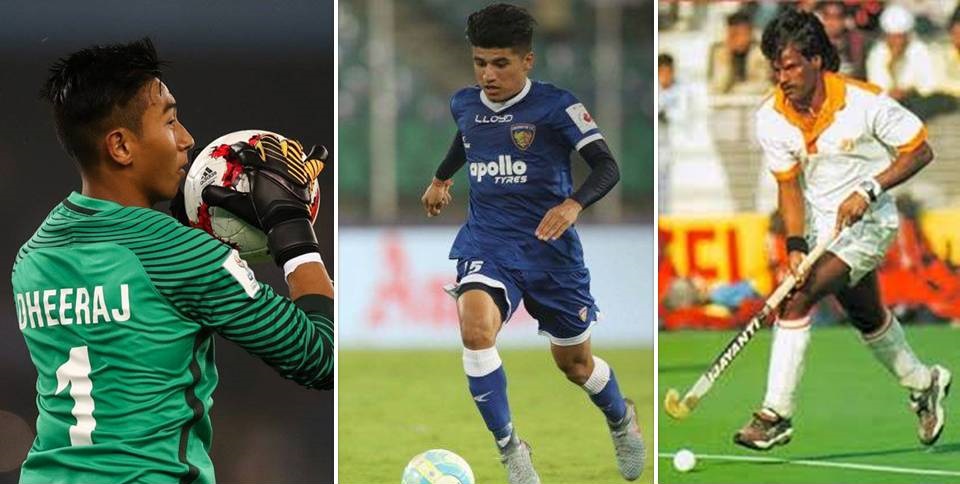 Two years ago, MDFA started an Award nights function organized at the end of football season to grace all the clubs and players for dedicating their time towards the beautiful game and the development of football in the city of dreams.

A ceremony organised by Mumbai District Football Association (MDFA) to felicitate all the winners and runner-ups of MDFA affiliated leagues as well as Individual awards for Best Striker, Best Goalkeeper, Best Midfielder and Best Defenders for all divisions will be given out.

This years guest of honours are:

One of the biggest name to attend the award night is former Vice Captain of Indian Football Team Mr. Ranjit Thapa. The 1966 Durand Cup winner represented the Gorkha Brigade Football Team (1964-68) before joining Mafatlal Group of Mills as Mid Fielder (1968-84). Ranjit Thapa played for the Maharashtra State Soccer Team (1968-79) and was the Captain of the team in the year 1975.

The star of India’s FIFA U17 World Cup campaign of 2017, Dheeraj Singh has swiftly made his name among the Indian Football fans and having gone to represent the country in the Asian U-23 Championship too. He is currently playing for Kerala Blasters in the Hero Indian Super League.

Anriudh has represented the Indian National Team at the Senior Men’s Level, Under 23, Under 19 and Under 17 respectively. He is an integral part of Indian Midfield and recently scored his first national team goal against Thailand in the AFC Asian Cup 2019. Anirudh also represents Chennaiyin FC in the Hero Indian Super League.

The former Indian Footballer was also the Indian assistant coach of Mumbai City FC under Alexandre Guimaraes in the Indian Super League. Currently, he is the coach for the Indian U-19 women’s national team. In 2002/03, Alex was the highest Indian scorer in the National Football League scoring 7 goals in 11 matches.

Durva was former assistant coach of the India U18 national women’s team, she has played football for the likes of Exeter City football club and is currently the assistant sports scientist for the coveted Reliance Foundation Youth Sports. She also has closely worked with the ISL Club our very own Mumbai City FC.

Dhanraj Pillay (born 16 July 1968) is a retired Indian field hockey player and former captain of the Indian national team. As a player, he is regarded one of India’s best ever. Pillay made his debut in 1989 with the national team and in a career spanning over 15 years, appeared for India in four Olympic Games, World Cups and Champion Trophies each. He made 339 appearances for the national team and is recorded, unofficially, to have scored 170 goals. He also played for clubs in countries such as Malaysia, France, England and Germany. He was awarded the Padma Shri by the government of India in 2000.

Joaquim is an Indian Hockey Legend and Former Indian National Team Coach. He was awarded the Arjuna Award by the government of India

That’s not all, MDFA promises to bring in few more young and amazing individuals for the award nights, Individuals, who inspire us every day to go out that extra mile and achieve more.

Also Read: MDFA Awards Night Nominations for the best of Mumbai Football are out