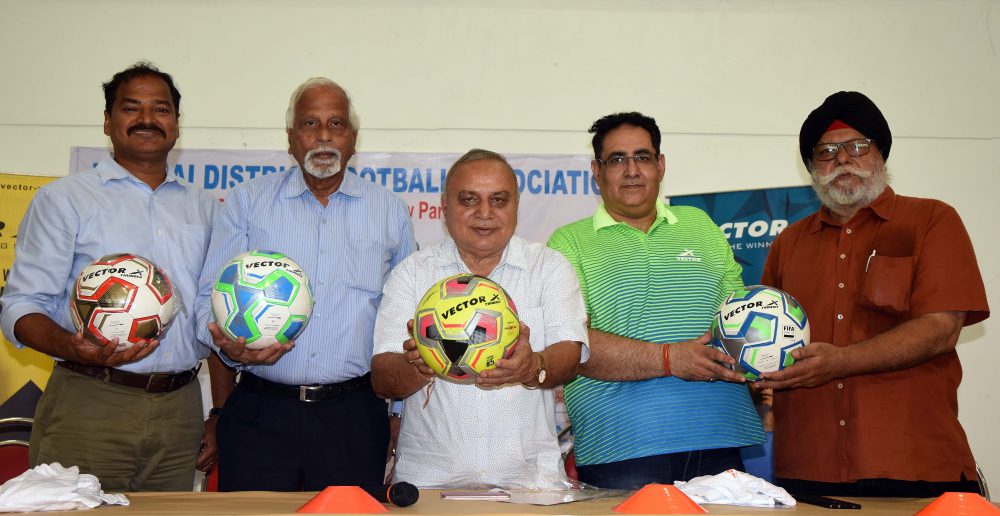 “The MDFA has recently signed an MOU with the Jalandhar-based sports company Vector X, who would provide all the necessary equipment including footballs for the conduct of all the MDFA Division League matches and also the Youth leagues,“ Udyan Banerjee, General Secretary, MDFA informed media persons during a press conference on Saturday.

Sameer Mehta mentioned, “Our company is mainly dedicated towards the development of grassroots football. I am proud that Vector X is associated with Mumbai football. We are already in partnership with a couple of other football districts like Sikkim, Manipur and Punjab and we will gradually move to other football playing cities.”

Banerjee also mentioned that Vector X has also agreed to provide the entire kit for all the Mumbai teams (junior to senior) which participates in the National and District level tournaments. They would also provide the necessary training equipment to the Mumbai team coaches.

“We have tested the quality of the Vector X footballs and the players and coaches are happy with them. That prompted MDFA to sign the new deal,” Banerjee pointed out.

The company would also ensure that the local clubs and teams participating in the MDFA Leagues purchase the Vector X balls and sports goods at a discounted rate. That arrangement will informed to the clubs and teams through our circulars.

Banerjee admitted that MDFA and Vector X have a 3-year understanding and would look for a longer partnership.