Dalima Chhibber comes on Board as Vector X Brand Ambassador 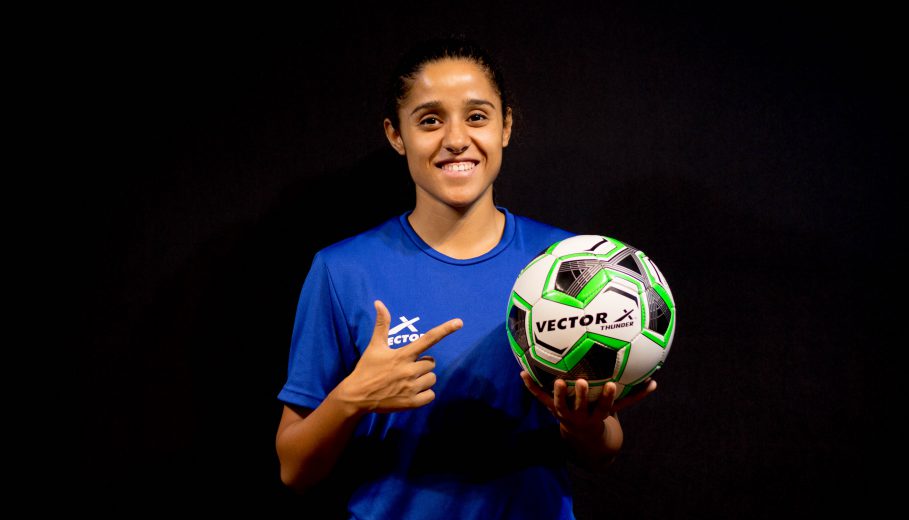 Vector X, one of India’s leading sports brands, announced the on-boarding of Indian women’s football star Dalima Chhibber, as their brand ambassador. Vector X who already have Indian football legend Bhaichung Bhutia as the face of the brand, will now also be represented by the most sought after Indian womanfootballer of the current time.  The contract with the star Indian left-back shall continue till April 2020.

Commenting on the association, Mohit Arora, Marketing manager at Soccer International Private Ltd said, “It is a moment of pride for us. Dalima is one of the most exciting and sought after women’s footballer in the country. When we saw her playing, we knew that her dynamism and youthful energy would be a perfect fit for our brand and we wanted to make sure we can help her in growing further in whatever manner possible. She embodies the very essence of Vector X i.e. ‘The Winning Spirit’.”

Dalima burst into the Indian National Women’s team at the age 19.She has grown from a young and promising football talent to someone who has been a mainstay in the team since 2016.  Known for her ability to convert long distance set-piece opportunities, the now 21 year old played a key role in India’s 5th SAFF Women’s Championship title. Owing to her performances in the recent past Dalima was also signed on by Hero Indian Women’s League team – Gokulam Kerala FC. As the Captain of the team, she helped them reach the semi-finals of the tournament notching up some of the best performances of the season.

“I am over-whelmed by the fact that a brand like Vector X has shown faith in me and chose me as the evangelist for their brand. As a brand that has already been helping so many footballers, associations and clubs across the country. I strongly believetheir support is going to help me achieve new heights on the training pitch. I am really looking forward to my time with the Vector X family. More and more corporates should follow Vector X and come up to support Women’s football in the country, especially given we are the hosts of the FIFA U-17 Women’s World Cup next year.” stressed Indian National Women’s team footballer, Dalima Chhibber.