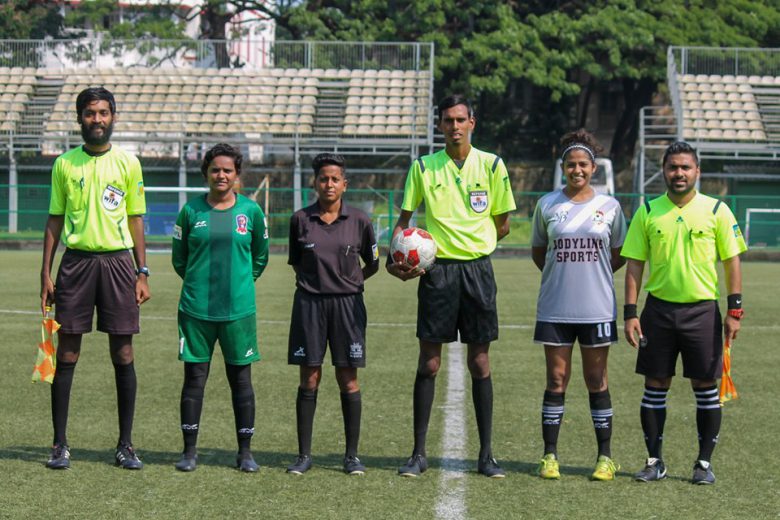 The second half commenced and Community Football Club India went on to score two more goals at the 57th minute and the 60th minute through Jennifer and Renuka’s strike.

The second match of the day saw Bodyline SC thump Utkarsh Krida Manch by a massive 8-1 scoreline. Deniese Pereira, who later ran the show for her team, opened the scoresheet at the 7th minute. As she scored, even before Utkarsh Krida Manch could have settled, Reetika increased the lead at the 9th minute. Bodyline had already scored 6 past Utkarsh Krida Manch within the first half in which Deniese scored a hattrick and the other goals came from Ash Mearl D’ Silva and Karen Pais.

As the second half started, Utkarsh Krida Manch improved their style of play and displayed good football. They even scored a consolation goal through Simran Shedge’s strike at the 57th minute. However, her only goal didn’t stop Bodyline from scoring further. Bodyline netted twice in the second half via Kimberly Fernandez and Karen Pais’ efforts.

Manvir Singh – “I gave my best whenever I got the opportunities.”
Bengaluru FC title defence has got off to a slow start.