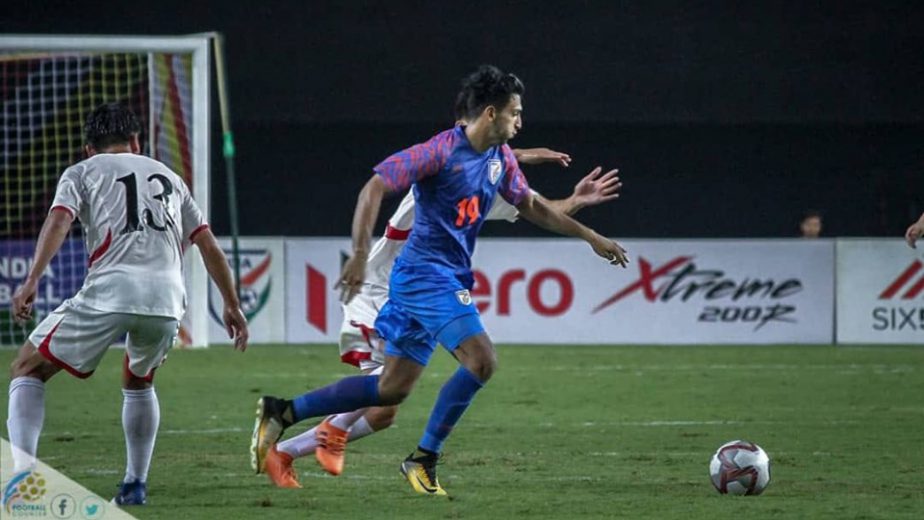 Prior to the Blue Tigers’ departure for the 2019 King’s Cup, talismanic striker Sunil Chhetri had quipped: “Sahal (Abdul Samad) is an extremely gifted talent. He is someone who really excites me. I don’t know if people have watched a lot of Sahal, but if that guy is fit, he’s got proper talent.”

Since then, Sahal has gone on to make his International debut, and though Igor Stimac’s boys have lost three of the last four, the midfielder has been one of India’s standout performers in the middle of the park with his combination of skill, and work rate.

Sahal was also voted the AIFF Men’s Emerging Footballer of the Year 2018-19 by the coaches of the Hero I-League, and Hero ISL clubs. “It’s difficult to explain in words – the feeling,” the 22-year-old said. “I am trying my best. I have worn the National jersey but I know I have a lot to do. I have to keep working hard, and get selected for the next set of games.”

A natural ball-playing midfielder, Sahal’s dribbling and passing abilities catch the eye, as he provides his coaches a number of options, thanks to his versatility. “Training with the team and learning from the new coach has been wonderful. We are looking to keep, and pass the ball while attacking. We aim to create multiple threats for our opponents,” the talented midfielder added.

Born in Al-Ain, UAE, he completed his schooling from Al Ain before coming to India for his college degree – a decision which was aided by elder brother Fazil. And that allowed him to pursue his footballing dream. “I first played football for my school team in the 8th standard. Then I started playing 7s in Dubai, and joined an Academy as well. However, the turning point came when I shifted to India,” Sahal recalls.

A few months after starting his degree, his talent was spotted by coach Siddique of SN College in Kannur who convinced him to switch colleges. From there, Sahal never looked back. After excelling at University-level tournaments, he soon found a place in the district U-21 side, and then the Kerala team for the Santosh Trophy, while also playing a little in the local 7s scene.

Also Read: Second half surge in vain as India go down to DPR Korea