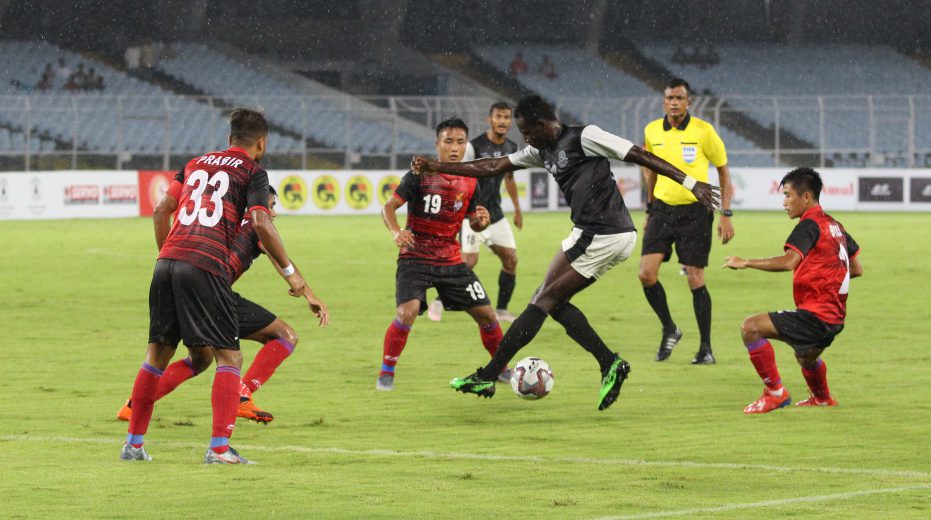 16th August 2019, VYBK Stadium, Kolkata: The 129th edition of the historical Durand Cup hosted ATK and Mohammedan SC today. The match concluded in ATK’s favour with a solitary goal from the home team.

Today’s fixture started half an hour later from the scheduled time, at 18:30, courtesy of which goes to heavy rains and thunderstorm. As soon as the match kicked off, within the 2nd minute, William Pauliankhum drew the first blood for team ATK. A swift attacking display saw William giving his side a lead and clinching the first victory in this competition. However, Mohammedan SC got plenty of chances to level terms, but they failed to convert them. ATK’s shot-stopper, Avilash Paul deserves praise, as he made terrific saves in today’s encounter. He later went on to receive the man of the match for his continued efforts. The half time concluded in ATK’s favour as the scoreboard read 1-0.

The rain continued playing a spoilsport. The pitch started degrading and created difficulties in ball movement. The second half saw both the teams trying to score. Tirthankar Sarkar of Mohammedan SC played a crucial role in creating goal-scoring opportunities for the African players upfront. But all the chance were put at the toss and Tirthankar was later replaced being exhausted. After replacing Malsawmzuala in the second half, Cavin Lobo played a crucial role in handling the midfield operations for ATK. Being a senior, he played responsibly and slowed down the game when required. All in all, it was a considerable performance from the two times ISL Champions, ATK. The match ended 1-0 in favour of the ISL franchise.

At the end of the day, the rain-filled Salt Lake stadium bid adieu to both the Calcutta based outfits as they conclude their journey in this year’s Durand Cup!