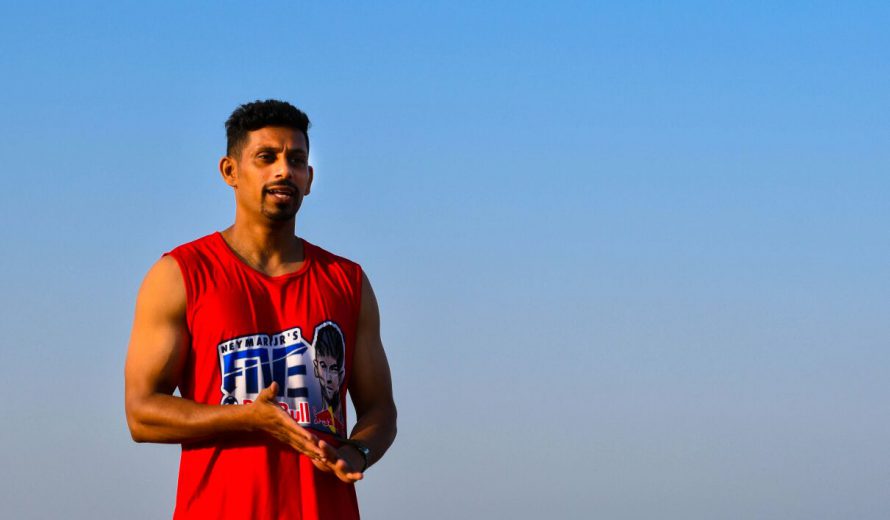 After reaching round of 32 with Joga Bonito last year in Red bull Neymar Jr. 5 World finals at Brazil, Anthony Machado aims to replicate it again this year with Kalina Rangers

In an exclusive interview with footballcounter, Kalina Rangers star player Anthony Machado talks about the success of 5-a side football in Mumbai, format of Red Bull Neymar 5 tournament and his aim to repeat last year’s achievement in the World Finals

Around 2000 teams participated in Red Bull Neymar 5 India qualifiers and Kalina Rangers are one of the sides to make it all the way to the final round. How excited are you guys for these National finals?

We have been playing national finals for last two years. Both the years we lost the finals. This year we are very excited and want to win the national finals and get a chance to go to Brazil and play against the best teams in the world in this format.

How has been the experience of playing in Red Bull Neymar Jr’s Five been so far?

Experience of playing Red Bull Neymar Jr’s Five is always good. It’s a very well organised tournament. The energy drink giants Red Bull are very accommodating from their end and give us wings with events like these to promote the growth of football in the country. Last year I was part of Joga Bonito, the team that won the National finals of Red Bull Neymar Jr’s Five and got a chance to represent India at the World Finals in Brazil and also meet Neymar. I am hoping to win the National Finals with Kalina Rangers and represent India at the World Finals again.

You have played plenty of futsal, how is Red Bull Neymar Jr’s Five different from other tournaments?

Red Bull Neymar Jr’s Five is a great tournament which gives footballers a good platform to showcase our skills. It also helps young talents to grow are nurture and develop their skills and compete with teams from around the globe to know how good your game is. Red Bull Neymar Jr’s Five follows a unique format as compared to other Futsal competition. The rules and regulations are also quite different and challenging. For instance, if a team scores a goal the opposition loses one player, thus it’s challenging for us to not concede a goal and give advantage to the other team.  It is a fun and exciting format.

Unlike normal futsal leagues, Red Bull Neymar Jr. Five has a rule where you score a goal; the other team loses a player. Does it affect your style of play or your game plan?

Red Bull Neymar Jr’s Five rules of removing one player if you concede a goal, has its own advantage and disadvantage. For instance, if a team scores a goal it’s an advantage of a goal and also a player advantage. Same way if you concede a goal your team is one man down. It does not affect our style of play. We enjoy playing in the Red Bull Neymar Jrs Five tournament every year.

What were the difficulties that you faced when you started taking rink football seriously?

There aren’t many difficulties per say but as most of us are working professionals, we have to adjust our work shifts according to the tournament timings. Although, we look to manage that as we love playing the beautiful game.

What do you think of the 5-a-side football (Rink football) in India?

5 a side football is spreading like wildfire in Mumbai. You see kids playing it in every corner now in Mumbai. We also play minimum 2 to 3 tournaments on weekends. Although, I cannot comment on the rest of the cities but I am pretty sure it will be the same everywhere.

How long have you been playing this game and what inspires you?

I have been playing rink football for last 10 years or more. On the inspiration part, there are many players in Mumbai with different skills and tricks which help me to improvise myself every time we play a tournament.

Who is your Role model in Futsal?

Sean Garnier is my role model in Futsal. I have followed him for a long time and I am amazed with his skills. He is also a Red Bull athlete and we were all excited when he came to India last year.

Joga Bonita reached round of 32 last year as India’s representative, Can you guys eclipse that?

Any messages for your fans in Mumbai?

Message for the fans in Mumbai is that, keep supporting us and praying for our success. We will give our best on the field and make all the Mumbai fans proud by giving our 100% each time we play.