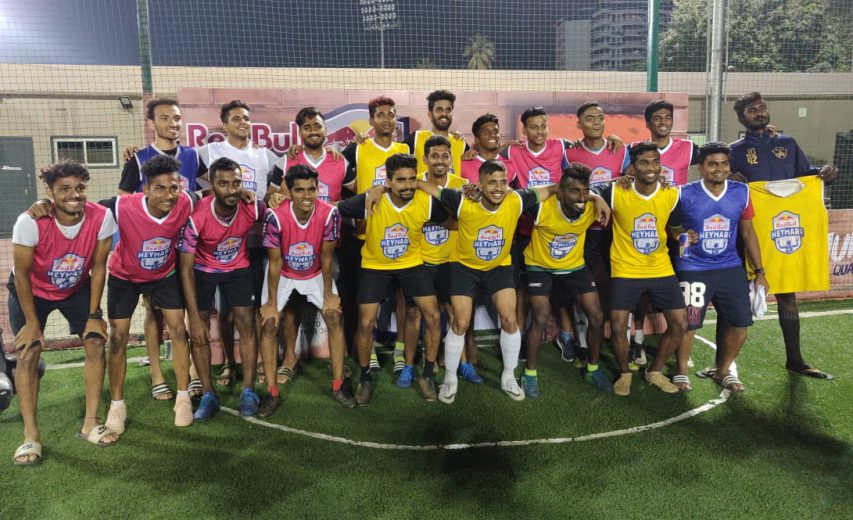 After defeating defending Neymar Jr.’s 5 national winners Joga Bonito, Kalina Rangers are just a step away from representing the country at the World Finals in Brazil and meet their idol Neymar Jr. In the Mumbai leg finals, Kalina Rangers defeated their opponent by the golden goal (1-0) rule in extra time to grab a place and represent Mumbai in the national finals.

In an exclusive Interview with footballcounter.com, Prithvi Victor, who is managing the team Kalina Rangers talked about the team, their journey so far and how they are preparing for the finals.

How is the team atmosphere and How excited are you guys for the National Finals?

The atmosphere within the team is amazing and we all are confident about the national finals. We are participating in regular 5 aside tournaments every weekend to keep the momentum going.

How did it all begin for Kalina Rangers?

Kalina Rangers was originally started in the year 1982 by (Neil, Xavier, Caitano , Cyril) and thereafter continued (2014) by the young folks from Kalina (Myself, Sheldon, Tyson) when Mr. Neil Dcosta found us & was confident about us making it big. It was all because of Neil that we had this opportunity to reach this level with rink football.

Since last 4 years, we have represented India in Beijing, China, won over 300+ tournaments & many more. I would really like to appreciate Neil Dcosta, Xavier Pereira, Anthony Machado, Preetam Mahadik, Gunsagar Nagar and also the whole of Joga Bonito family & everyone who has ever played for this team for helping us during this journey.

You defeated Joga Bonito in Mumbai finals – a team that represented India in world finals and reached till the Round of 32. How confident are you of your team repeating the same or going even further

Joga Bonito, is one of our own & one of the best, probably the best 5 aside football team, this country has ever witnessed. Playing against them in Mumbai and Pune & defeating them both times is obviously unreal, but the boys have worked hard for this & I think they totally deserve this.

Who have been the standout players of your team?

I cannot really name anyone as a standout player because I think all 14 of them have been equally important in the team. But a special mention to Tyson Pereira & Clinton D’Souza to get the work done in the finals (Mumbai/Pune) as they had to face the best in business (Daniel Fernandes/Dion Menezes) in a one on one action.