Air India responds with a 3-0 win over GMSC 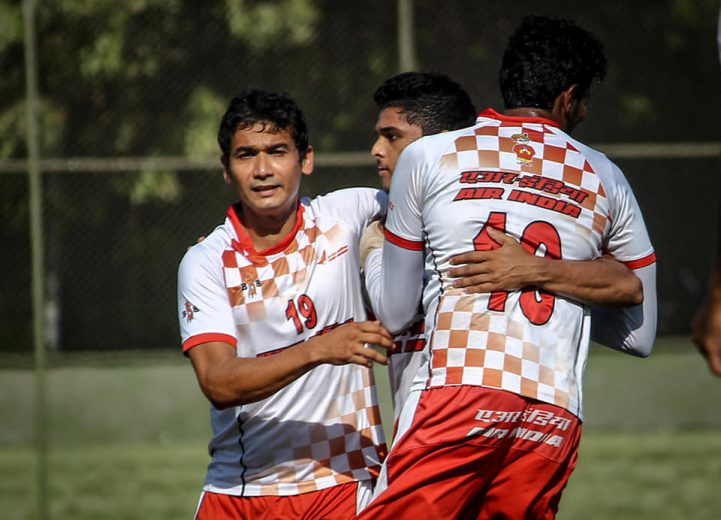 20th April 2019, Mumbai: On Saturday evening, Air India encountered GMSC in hope to bounce back after a 1-0 defeat at the hands of Central Bank of India (CBI). Air India hit their top form and registered a comprehensive 3-0 win over GMSC to come back to winning ways at the Neville D’Souza Turf in Bandra.

It would have been a huge setback had Air India dropped points against GMSC as the race for the Top 4 in Super Eight is becoming interesting day by day.

Right from the kick-off, Air India looked threatening. It was in the 4th minute when Rinaldo Fernandes converted an inch-perfect free-kick to open Air India’s tally.

As the game progressed, Air India started to grow in confidence. They dominated the midfield which was the key to unlock GM’s backline. Moments later, Air India doubled their lead.

Sumesh Nair’s perfectly low-weighted pass found Allan Dias who smashed it with his first touch to increase Air India’s lead and give them a deserving 2-0 lead.

The third and final goal was scored by a substitute and Air India’s Captain Vijith Shetty who was out due to a knee injury for a while. It was quite an end to the match as Air India started and ended the game by finding the back of the net which has been a major issue for the club this season.