Abu Dhabi: India football legend Shyam Thapa was all praise for the Blue Tigers after their 4-1 win against Thailand in the 2019 AFC Asian Cup.

“I recalled my playing days seeing these young chaps – Ashique Kuruniyan and Anirudh Thapa play. Ashique has terrific energy and speed while Thapa’s finishing was too good,” said the yesteryear hero.

“The coach has done a great work bringing so many young players in the National Team. They are capable of running at the same speed and playing with same intensity for 90 minutes. It will help us going forward. Moreover, the team has experienced players like Chhetri and Sandesh who can guide these boys on the pitch,” he added.

Thapa (Chairman, AIFF Technical Committee) was elated while describing the four goals. The win against Thailand became India’s biggest victory in the history of the tournament (it surpassed the 3-1 win against Hong Kong in 1964).

“All the goals were brilliant. The composure showed by Sunil before the penalty was terrific. The second goal was a terrific example of the team game. Udanta’s pass was perfectly finished by Chhetri. Truly masterclass,” said an emotional Thapa. 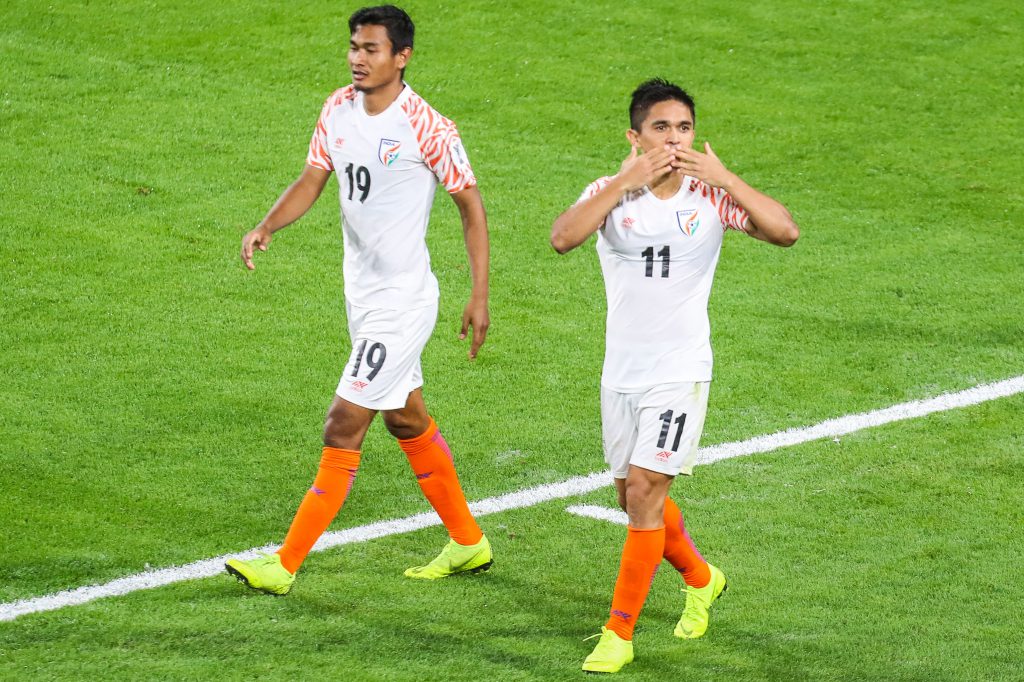 On Anirudh Thapa: “The baccha (Thapa) showed the right attitude and chipped it in. The future is bright and he is on the right path.” He labeled Anirudh as a ‘special player’ with a ‘bright future’.

“The toe-poke by Jeje was something extraordinary too. What I found so positive was that not a single goal came by fluke. The game plan was executed well,” he added.

The ex-striker feels India’s midfielders will have a ‘tough task’ in the next game against hosts UAE.

“The midfielders have a tough task against UAE. They need to be on their toes all throughout. The team which will control the midfield will win the match. They need to go deep to lay a hand in the defence as well as coordinate with the forwards up front,” signed off Thapa.

Also Read: AFC ASIAN CUP: It is an honor to play for India: Chettri

AFC ASIAN CUP: India still have work to do: Constantine