AFC ASIAN CUP: Blue Tigers do their bit for these special champions! 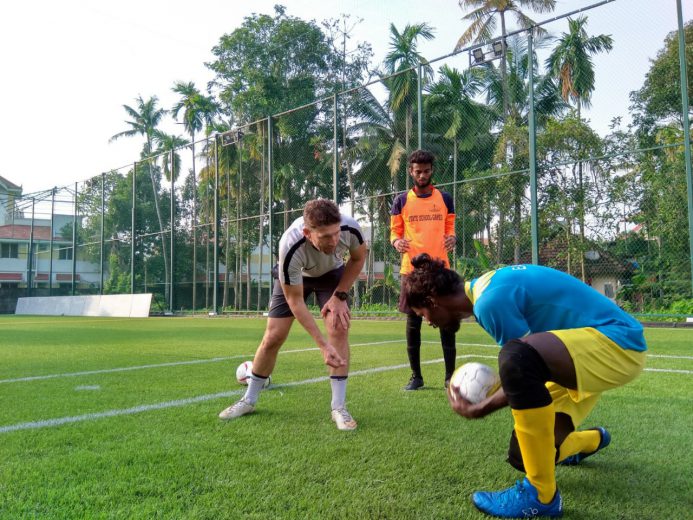 Abu Dhabi, January 8, 2019: In what is surely a heartwarming gesture the ‘Blue Tigers’ have decided to donate a sum of Rs. 50,000 to the Indian Blind Football Federation (IBFF).

The money has been pooled in from sanctions or monetary fines (arriving late for training sessions, carrying mobile phones during meals, wearing the wrong attire etc.) gathered for breach of discipline.

It will allow the IBFF to buy footballs and other playing material.

‘It’s important to give it back to the community’ was the theme sported by India coach Stephen Constantine.

“The footballs which the blind footballers use cost $50 each. So we are helping them buy some balls. We collectively agreed among everybody within the National Team — the players, and the staff that any money collected from fines or any misdemeanors will be donated for a good cause. It’s just a very small gesture, but it shows that we can,” said Constantine.

The players ‘support the noble cause wholeheartedly’ was the opinion of India goalkeeper Gurpreet Singh Sandhu.

“We love this concept of helping others with the money. The sanctions are there to impart discipline among us. Although nobody wants to be fined, this initiative makes us believe in the larger aspects of life. If we are able to contribute for a cause or help, why not. It helps us to be better individuals,” said Sandhu.

Sunil J Mathew (Sporting Director, IBFF) thanked the Blue Tigers for this initiative: “This is to acknowledge and thank you for the donation towards helping cover the stay and kit expenses at the National Blind Football Academy at Kochi. We would like to especially thank the entire AIFF coaching staff and the National Team for their support. We wish the entire team the very best for the Asian Cup.”

Also Read: AFC ASIAN CUP: It is an honor to play for India: Chettri