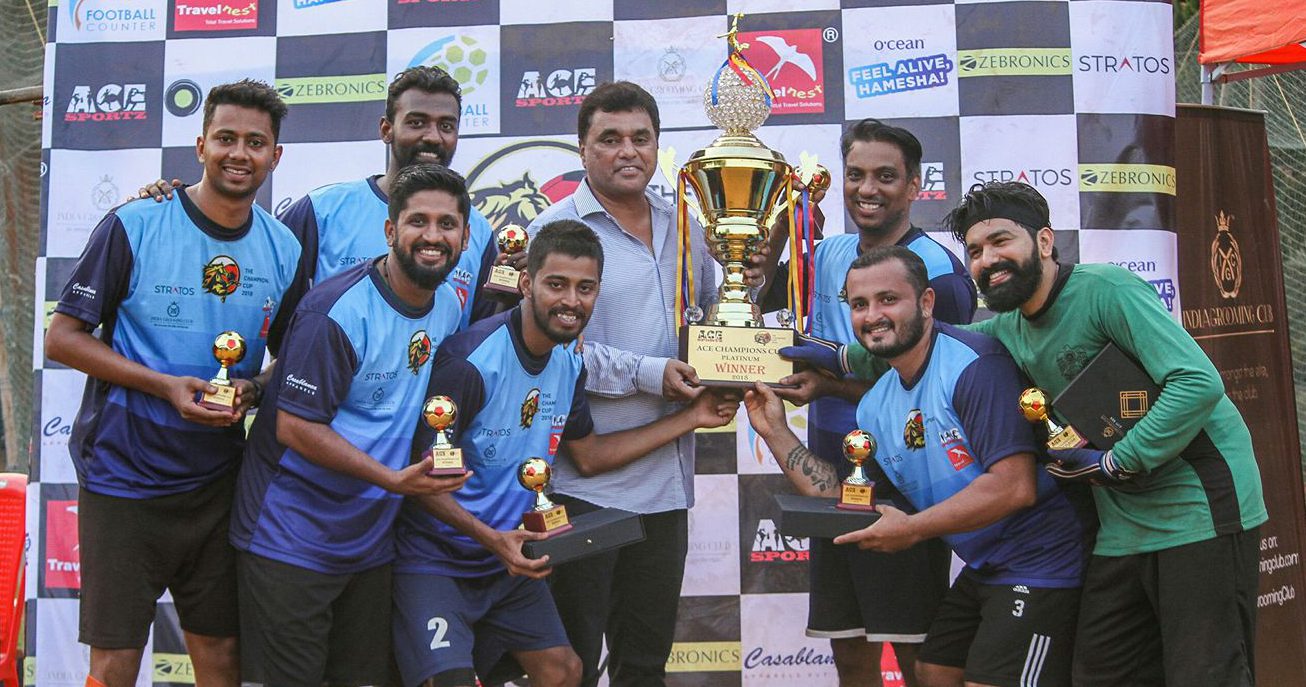 Zee A edged WNS A by a solitary goal margin to lift the Ace Champions ‘Platinum Cup’ while the WNS B side turned out the champions of ‘Gold Cup’. In the third final of the day, Tech Mahindra defeated JP Morgan A side via penalties to lift the ‘Silver Cup’ 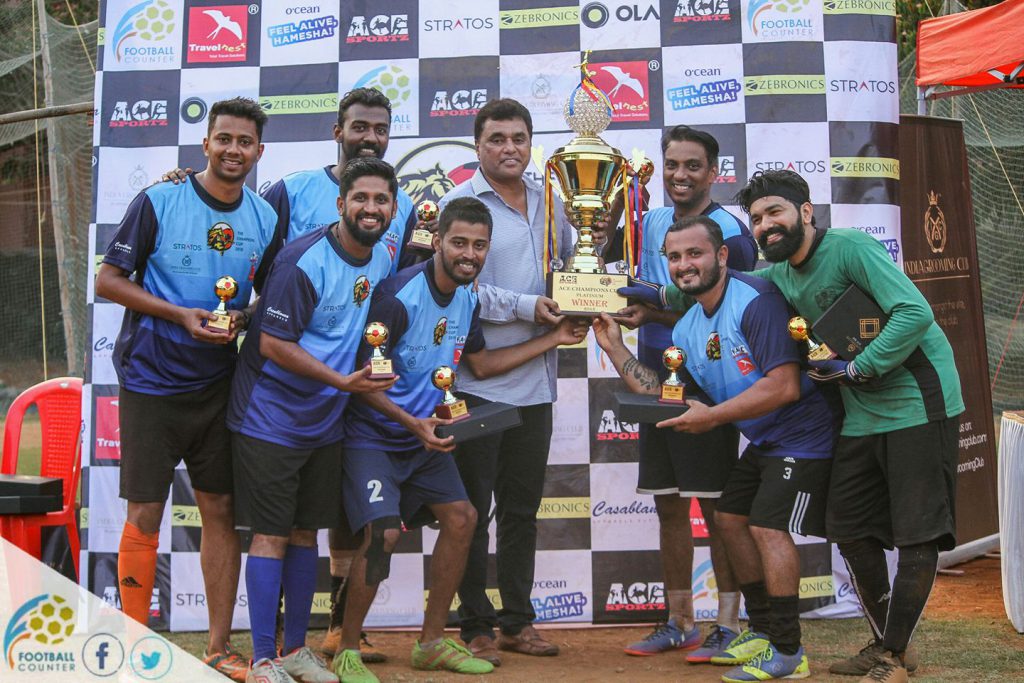 Riding on brilliant performances throughout the day, Zee A lifted the 2nd edition of Ace Champions cup as they defeated WNS A – a side that was on an unbeaten run on its way to the finale, by a solitary goal margin to end with Champions trophy of Ace champions ‘Platinum Cup’

After a stuttering start of losing the opening game and drawing the second, WNS B faced FootballCounter side needing a win to qualify to the next round, an inspired WNS B side put on a stellar performance to steal the win in the second half of the last league game to qualify for the quarter-finals. The win gave them a much needed confidences as they went on to reach the finals of Ace Champions ‘Gold Cup’ where they defeated Intelenet B side on penalties to lift the trophy

Football can be sometimes cruel and JP Morgan A were the ones to experience it yesterday as their amazing run to final came to an end after a nerve-wrecking penalty shootout. After the normal stipulated time ended without a winner, both Tech Mahindra and JP Morgan A played out an unexpectedly long penalty shootout as it was in the 16th attempt that Tech Mahindra keeper managed to save a goal and help his side edge over and lift the Ace champions ‘silver Cup’ trophy.