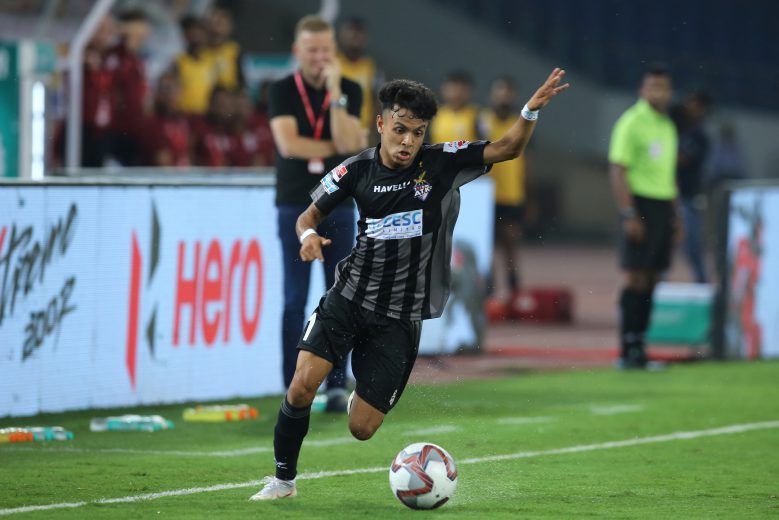 India U-17 World Cup player and ATK winger Komal Thatal has come in for praise from his coach Steve Coppell after his performance in the Hero Indian Super League clash against Delhi Dynamos on Wednesday.

Hailed by the media for his performance in India’s debut at the U17 World Cup last year, Komal made the news after he was left out of the next two matches by coach Luis Norton de Matos. The youngster later joined ATK last season and made his debut as a substitute during added time against Jamshedpur FC.

This season, Komal was waiting in the wings and was handed an opportunity by Steve Coppell against Delhi Dynamos as they registered a 2-1 victory at the Jawaharlal Nehru Stadium, Delhi. Coppell, who benched Jayesh Rane to give Komal a chance, talked up the youngster’s energy and drive as he played an important role on the wings and supported Kalu Uche up front to notch their first win of the campaign.

“Komal did very well for us. He’s got energy and he’s got legs. He’s very skilful on the ball. He likes having possession,” explained Coppell.

It was an encouraging performance from the promising winger which saw him fittingly win the Hero ISL Emerging Player of the Match award. “I felt that we needed that little bit something out wide to try and provide some ammunition for Kalu who was a really good focal point of our play,” he added. The 18-year-old enjoyed a productive game as he was often involved in the ATK attacks, particularly in the first half when the visitors fashioned the majority of the chances.

After Balwant Singh had provided the lead, Komal almost helped the striker double his tally around the half an hour mark when he went on a surging run down the right wing. He picked out Balwant with a cross but the forward could not direct his header on target.

Komal was eventually substituted in the 70th minute after he began to tire. “Komal, I thought was just getting a little bit tired. (So) I had Jayesh there,” Coppell said. Expected to get more match time this ISL, Komal will only grow in confidence.