Twitter goes frenzy as Argentina and Lionel Messi bow out! 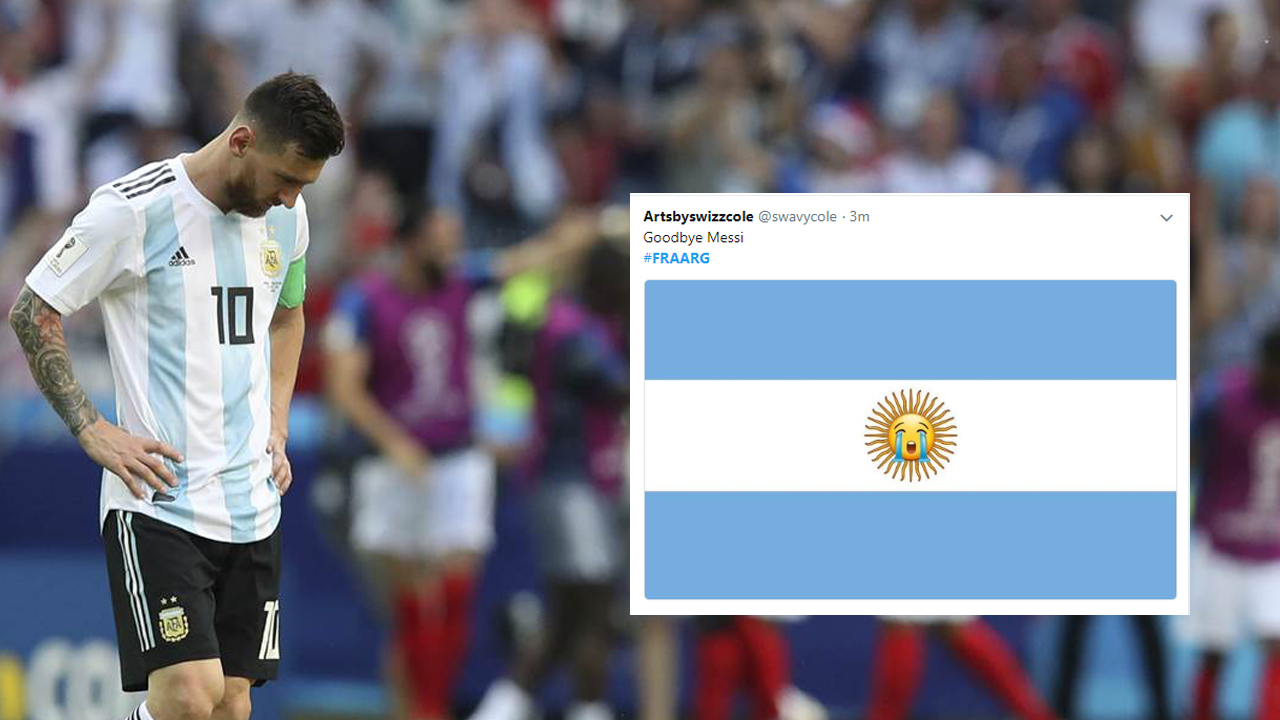 Some wonder goals, some unexpected twists, and Argentina are out of the tournament

A 7-goal thriller, end-to-end actions, incredible goals, Argentina vs France had it all. Both teams tried their best to get the better of the other, and in the end, it was France, with their young squad, that advanced into the quarterfinals.

France took an early lead through a penalty which Griezmann converted, and Angel Di Maria’s long-ranger restored the parity for Argentina. Mercado, against the flow of the game, gave Argentina the lead, but France scored three goals in a quick succession to seal the victory.

However, it was not over until the referee blew the final whistle as Aguero scored one back in the injury time. This is how Twitterati reacted to Argentina’s excruciating defeat.

Will forever be one of the greats 🇦🇷 #FRAARG pic.twitter.com/K7uA2pM2QA

Messi fanboys are here trying to convince us their idol didn’t get help from his teammates loll 😂 his teammates scored 3 goals while their idol was walking during the whole match omfg are you even real??? 😂😂😂 #WorldCup #FRAARG

One of the best GIFs you will see in this years #WorldCup Incredible. #FRAARG pic.twitter.com/Ua3X2Ywmx7

This French performance is by a distance the best I’ve seen at this World Cup. It’s going to take a hell of a side to stop them. Mbappe’s second finish was so clinical #FRAARG

Delusional fans still defending Messi.
A teenager #Mbappe ❤ could do what a senior citizen #Messi 😂 couldn’t. Messi isn’t a leader.Accept it.#Argentina are OUT of #WorldCup
All that matters#FRAARG #ARGFRA #FRA #ARG #FifaWorldCup2018 #WorldCup2018#WorldCupRussia2018 #France pic.twitter.com/S7i1hIifOT

Has anyone checked on this man. Heat go catch am under AC today! 😀😄😁 #FRA #FRAARG pic.twitter.com/u4zOUiAnp6

#FRAARG Argentina finally they run out of luck. French team was topclass, and they can go all the way 🏆