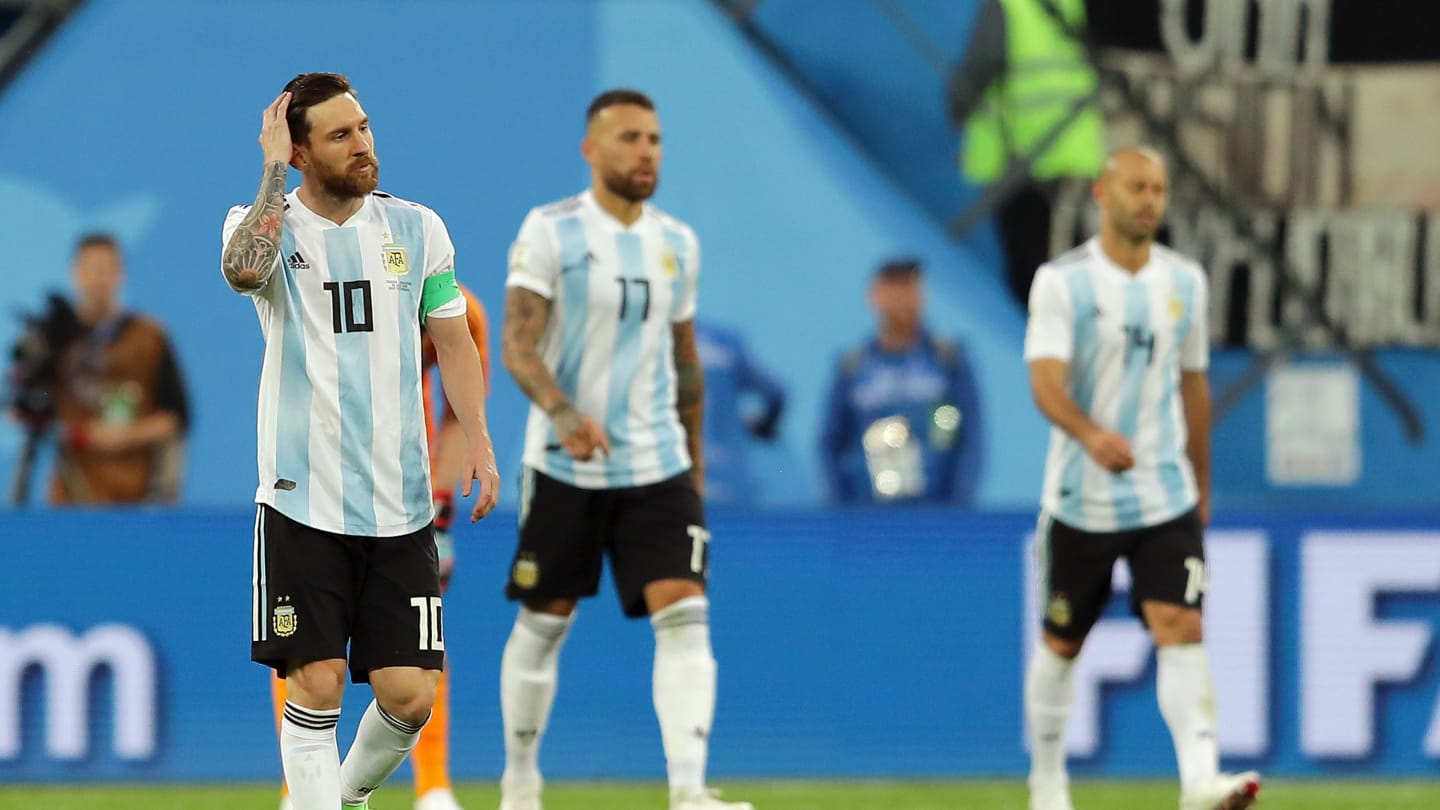 Argentina are out of the FIFA World Cup 2018! The runners-up of the previous edition suffered a defeat at the hands of young French squad. Apart from his assist to Aguero’s goal and his shot, that led to the second goal, the European nation kept Lionel Messi silent and the latter had to drop to the midfield to get the ball, whereas France dominated the midfield and did well in counter-attacks to bag goals.

France opened the scorecard as Antonio Griezmann converted the penalty, which was awarded on a foul on Mbappe. However, Maria restored the parity for Argentina through a stunner. The scoreline read 1-1 at the half-time. However, the French side looked superior to Argentina and their movements were penetrating the Argentina defence.

When everyone thought French would easily exploit Argentina’s defensive frailties in the second-half, they left everyone amusing as Mercado put Argentina upfront as his flick (unintentional) on a Lionel Messi shot found the back of the net, leaving Lloris flat-footed.

Argentina, after taking the lead, emphasized on defending, while France came in numbers to find the equalizer. France had their equalizer through a wondrous goal from Pavard. Hernandez whipped a cross into the box, but didn’t found any heads, and in came Pavard, whose stunning shot broke the defensive shields Argentina had created.

In 64th minute, Mbappe dribbled past an Argentian defender and slotted the ball past the keeper to give France the lead. Mbappe doubled his tally in the 68th minute of the game through a counter-attack as Giroud passed the ball to Mbappe, who didn’t waste his chance with only goalkeeper upfront.

Argentina tried all their ways to get back into the game, but the lack of incisiveness brought them down. They scored their 3rd goal through an Aguero header and but didn’t have the time to find the equalizer, to extend the game to the extra-time.

When the referee blew the final whistle, it indicated that France had advanced to the Quarter-Finals and Lionel Messi and of course, Argentina are out of the tournament.

France deserved to win the game for the performance they had put. Meanwhile, Argentina lacked acuteness and never were a real threat to the French defence which isolated their attackers. Lionel Messi couldn’t repeat his heroics and was forced to drop into the midfield.

French attackers deserve plaudits for the performance. Argentina couldn’t cope with the blistering pace of Mbappe, and the consequences it had, has impacted the result.

France will now face the winners of Portugal vs Uruguay game, which is slated to kick-off tonight.